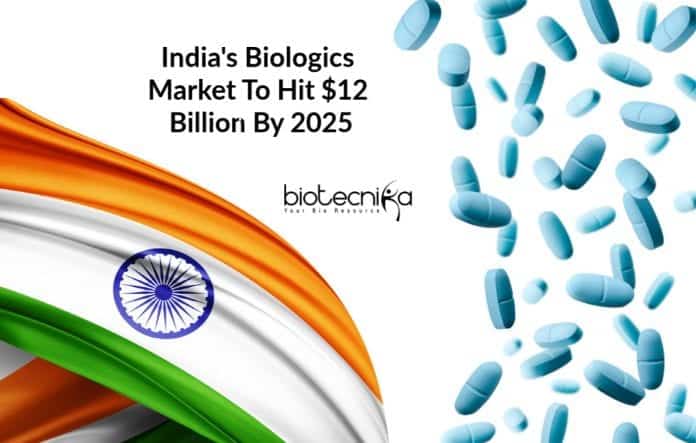 Biologics and Biosimilars Industry in India is Growing Faster Than Ever.

India, now the emerging hub for biosimilars and biologics, always possessed the skills to work on small molecules required to make generic drugs. Still, they lacked the skills and environment to develop reverse-engineered versions of biotech drugs. However, the launch of 123 biosimilars, in addition to the 201 active ones by pharmaceutical companies, is changing the course. India has now 95 approved domestic biosimilars, the highest in the world.

At the Global Bio-India 2019 event held in New-Delhi, the global analytics firm Clarivate Analytics released the report. According to the Association of Biotechnology Led Enterprises (ABLE), India’s biologics market will grow at a compound annual growth rate (CAGR) of 22 percent to hit $12 billion by 2025. The first biosimilar was approved by the regulatory authorities in 2000. 98 biosimilars were approved by September 2019.

To simplify the regulatory pathway to get faster approvals and cGMP manufacturing processes assuring quality, safety, and efficacy, the revised ‘Guidelines of Similar Biologics’ was released by Central Drugs Standard Control Organisation (CDSCO) and DBT on August 15, 2016. This encouraged more than 2700 biotech startups in the country,100 biotech incubators, and 600 biotech

companies. The numbers are going to increase by four to five fold in the next five years.

The report also stated than among the globally developed ten blockbuster molecules in 2018, only two were small-molecule therapeutics. India is ready to be capitalized by biotherapeutics, as the companies are beginning to develop many biosimilars in India, and the biotech skills of biotech and pharmaceutical industries are in the phase of growth.

Senior solution consultant of Clarivate Analytics, Mandakini Goel stated that biologics have achieved major market share in India with respect to the total market and revenue. The $200 billion biologics in 2013 has grown to $386 billion by the end of 2019 at a CAGR of 10 percent. By 2027, the global biosimilar market opportunity is expected to grow to more than $70 billion. In the next two to three years, the biosimilar market is going to grow in response to the recent regulatory approvals and the patent expirations of more than 10 blockbuster biologics in the near future.