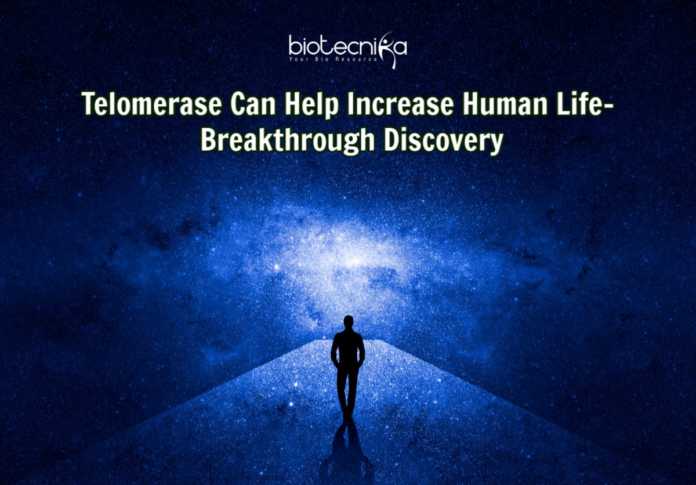 A team of researchers from Arizona State University and Texas A&M University has discovered the missing link of cellular immortality between human beings and single-celled animals, in plants.

The oldest living organism on Earth is a plant named Methuselah, a bristlecone pine. This plant is more than 5,000 years old. On the other hand, animals only live up to a few hundred years.

Can we learn something from plants about longevity and stay young forever?

Dr. Julian Chen, professor of biochemistry at Arizona State University and the team, have identified the detailed structure of the telomerase component from plants for the first time.

Telomerase is the enzyme that makes the DNA of telomeres, the structures located at the tips of our chromosomes. Telomeres protect our cells from aging as they multiply.

Could the discovery possibly lead to humans one day living as long as the “Methuselah” tree, a bristlecone pine species that can survive as long as 5,000 years?

According to scientists, the research is in its initial phase, and human application is a long way to go.

The Nobel Prize in Physiology or Medicine was awarded in 2009 to Elizabeth Blackburn  “for the discovery of how telomeres & the enzyme telomerase protect chromosomes.” She added that the new understanding might pave the way to new routes to optimizing telomere maintenance for human health.

Telomerase was first isolated from a unicellular organism living in pond scum.

Telomerase For Longer Human Life- The Key To Cell’s Lifespan

Telomeres can be thought of as the plastic caps on the ends of shoelaces. High levels of telomerase keep those telomeres long, thus allowing them to continue to protect the cells from damage as they divide.

Most of the cells in our body have deficient levels of telomerase, and thus age as they divide

However, when telomeres protect the cell’s ends, only a piece of the telomere, or cap, is lost as the cell divides, and the critical DNA is left undamaged. Considering a typical cell divides about 50 to 70 times, the absence of telomeres could lead to chromosome instability or cells that stop dividing.

Telomerase For Longer Human Life- The Search For Immortality

Each time a cell replicates, about 20 base pairs are lost from the telomere, or shoelace cap. Therefore, telomere in itself is not immortal.

If researchers could harness the secret of the telomerase enzyme, it’s possible that we could prolong the life of telomeres consequently slowing the aging process.

We might be able to reverse diseases in which telomeres are shortened, such as pulmonary fibrosis.

High levels of telomerase have been detected in cancer cells allowing them to continue replicating themselves until they form tumors.

Switching off telomerase activity in cancer cells would shorten their telomeres, whittling them down to a nub called a “critical length,” which then triggers programmed cell death.

Telomerase For Longer Human Life- Why Is Plant Telomere Crucial?

Blackburn, Greider, & Szostak won the Nobel Prize in 2009 for their groundbreaking discoveries on telomeres and telomerase. They extracted telomere DNA from a single-celled organism in pond scum. The scientists demonstrated how telomeres protected chromosomes in yeast, identified and named the enzyme telomerase that builds the DNA of telomeres and extends their lives.

Each species has unique elements to their telomere RNA, and not all appear to protect against aging. For example, some species with longer telomeres have shorter life spans than those with shorter telomeres.

Scientists continue to explore the role of telomeres and the enzyme telomerase in aging, and now believe that they may only be one part of the aging process, at least in animals.