Voice of Biotecnika – Episode No: 55

Welcome to a new episode of the podcast on OverPopulation-the human explosion explained from the house of Biotecnika.

Not only over the environment but it is also having a greater impact on the standard of living, global economies, and availability of resources and land.

When you see around yourself, like for example you are visiting the railway station or airport or a vegetable market or the road itself you will find immense crowd everywhere at any time. And in case you are residing in a metropolitan city you can also find a huge crowd over there as well.

Very strange right, the earth is made up of human beings, without us this planet would be nothing but a barren land but at the same, if present in excess it has its own negative impact.

So overpopulation…is this really a big issue…what you all think???

Well, in my opinion, yes, it is and I agree with it to a greater extent because the availability of natural resources won’t be sufficient for the growing demands and ultimately it paves the way to pollution, poverty, unemployment, etc.

There are a number of reasons behind overpopulation. And I think one of the prime reason could be lack of proper education. No doubt our country is under progress in terms of development but still, you can see there are many areas across the country which need to be improvised that is the people who are under the poverty line should be brought up that is giving them a better standard of living.

And again the core reason is the climbing population. Because even today the people residing in villages believe that having more children means having a big family and further it’s like an extra hand for earning more so that they can fulfill their basic requirements. In fact, this thought has been incorporated in their mind like an ancestral tradition
I am not saying they are right or wrong but instead of saying them to go for a small family why can’t we make them aware of the present scenario of our country in a better way.
See, instead of restricting them to have fewer children one should encourage to them to go to school, make them aware of the value of education, work for women empowerment and last but not the least give them education regarding birth control and how it is going to benefit in the growth of our country.

I think in this way their concern and understanding of the country will increase. They will be able to understand the pros and cons of having a small or big family.
So far I talked about the people who are uneducated and their relation to population growth…then what about the people living in urban areas or the ones who are educated??????

Nowadays we have more advanced technologies in the field of medicine and good medication facilities due to which many untreatable diseases are getting cured. due to the availability of many life-saving drugs, proper treatment, and vaccinization people are able to overcome different types of diseases, even the dreadful diseases like cancer can be cured more effectively when compared to earlier days. Thus longevity has been increased or in other words, mortality has decreased. Of course, it’s highly desirable too, I agree.
Dan what about the resources…will it be enough to meet the demands of a growing population???

What to be done to fulfill demands???

See even natural calamities will have any much effect over the population graph because if you recently, I mean some months back Kerala faced a huge flood and if you look a few years back tsunami occurred in 2004,forest fire in Uttarakhand in the year 2016, all these have lead death of number of people but do u think it affected population growth??? definitely not because it is maintained at a constant rate no matter what.

Likewise, there is a huge impact on the environment overpopulation growth…

Agricultural yield should meet population demand.and this can be achieved by either intensive farming or by clearing the areas to create new lands i.e.deforestation.but again deforestation is having a negative impact.

Co2 absorption will be reduced and it will be like adding fuel to fire that means an increase in the greenhouse gas problem.

Not only that it will also lead to habitat destruction and extinction.

Climatic changes unexpected seasonal changes have disrupted crop yielding and harvesting and this was quoted as one of the biggest challenges in human history. Another major effect includes a lack of fresh water. Even our planet has an optimum level of water but still, it is insufficient to meet the needs. around 2.5% only available for consumption. It was reported in the year 2016 that around 15% of the world’s population was underwater deficit zone and it is estimated to increase up to 50% by 2030. Adding to that it is also predicted that about 2/3 of the population will be deprived of water by 2025.

Last but not least any guess???

Yes, its global warming.compared to the amount of co2 present in the atmosphere, the forest is having its double amount but what is the use???

People are clearing it for their own benefits and due to that around 25% of co2 is released to the atmosphere.

Thus the population is not only about the number of people residing in a particular area rather it is about:

Somewhere the above-mentioned facts are correlated…how???

See it’s a fact that failure in family planning ultimately leads to low income which in turn it is not sufficient to spend money on education and due to which unemployment crops up.
In urban areas, there is a huge competition among each other.because most of them are educated the tough competition arises to get a particular job which further leads to brain drain. Lack of a good job encourages them to migrate to other countries. Fertility rate even though it is lower when compared with other countries it is higher.

You all might be aware of the fact that our country is the 7th largest country in terms of area and in terms of population India ranks 2nd position.

If we compare our population growth from 2001 to 2011 we will find that the population growth was found to be 17.7% which is equivalent to an add up to 181.5 million people to the existing population and according to the data it was found that the population is doubled from the past 40 years. And you know what the day won’t be far away when our country will outcompete China in terms of population, maybe within a few decades. We all know China and India being the most populous nations with around 1.4 billion and 1.3 billion respectively.

By 2024 there are high chances that India can overtake China. On the other hand, Nigeria which ranks 7th in terms of population is actually growing in a much faster way that it is predicted to outcompete the USA by attaining 3rd position in terms of the population before 2050.

When comes to density India holds 31st position in the world.

In our country, Mumbai is the largest city followed by Delhi, Bangalore, Ahmedabad, and Hyderabad.

When it comes to population, UP ranks first of having 200 million people.

You will be amazed to hear that in the year 2011 the population was so high in UP that if it had its own rights, UP would have been the 5th largest in the world followed by China, India, USA, and Indonesia.

So these are the problems we are facing today because of overpopulation.

So what measures should be taken by the government or the individual to combat this???

My first point goes to social measures only.

Social measures in a way like making people aware of the marriage age that is fixed by the law i.e.21 for men and 18 for women.

To make them aware of women’s status i.e. they should be aware of the fact that women are not only meant to b within the 4 walls of a home rather they should learn to develop both mentally and socially.in other words we can say independency.

And from the economic point of view, more employment opportunities must be provided for rural areas i.e by developing improved agricultural practices and setting up more industries in rural and urban areas so that they can improve their standard of living and they will not think for migration.

In my opinion, a part of it can be solved by the government by implementing tax benefits meaning by reducing the tax for the family who has single or max. 2 kids. Since by nature humans are more inclined towards money this may have some positive impact.

Thus overpopulation is not simply a problem rather it’s a problem that can be sorted out if people, NGOs, govt. work for hand on hand so that everyone can have a good quality of life. By doing any awareness /campaign program we can implement the things which I mentioned before.

Once people realize that lack of family planning, unemployment, depletion of natural resources, etc are the root cause of overpopulation people themselves will start taking initiatives to combat overpopulation.

Todays Voice of Biotecnika Is:
Divya, who is a CSIR NET Topper

with an educational background in Biotechnology. She is one of the finest teachers at Biotecnika and wins a student’s heart with her immense knowledge and experience. Ms. Divya believes in self-motivation and also tries to boost up her students. 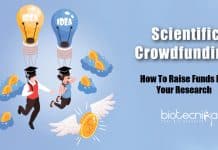