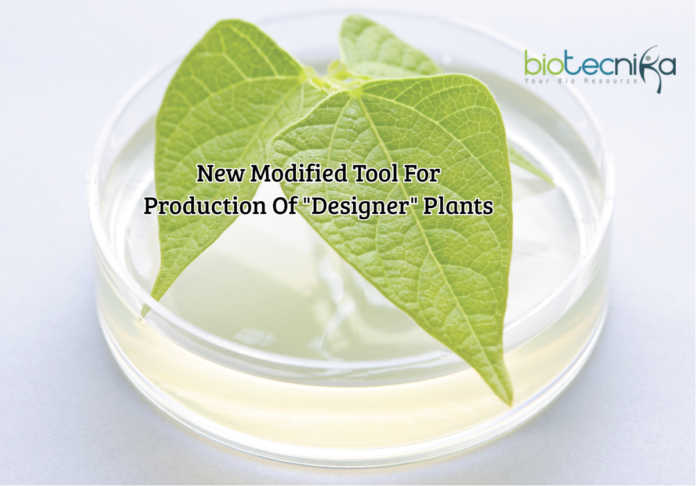 Scientists at the University of Georgia develop a new method to regulate the genes in plants in a more convenient way. This would open up new dimensions in gene manipulation as well as would help to improve food production to meet the increasing requirements. They published their findings in two separate papers in Nature Plants.

According to the Food and Agricultural Organization of the United Nations, With the world population expected to reach 9.1 billion by 2050, world food production will need to increase by 70%. Genetically modified crops could play a significant role during that critical time.

Bob Schmitz, associate professor of genetics in the Franklin College of Arts and Sciences and his team demonstrated an ability to identify and target cis-regulatory elements(CREs) that regulate the genes in the plant genome in 13 plant species, including maize, rice, green beans, and barley.

CREs are noncoding regions of DNA that regulate the neighboring genes. If the CREs for a gene can be identified, they can be targeted to facilitate a convenient regulation of genes.

Schmitz compares the gene-editing tool to a hammer saying that when you target the gene, the hammer pretty much breaks it. On the other hand, CREs can be safely targetted to regulate gene expressions in various degrees.

For example, controlling the gene for leaf architecture like choosing the angle at which the leaf grows could play a crucial role in the plant’s light absorption and growth. Gene editing will give you only two options, a 90° angle and an angle at which leaves grow straight down. But targeting the CRE enables you to grow the leaves at desirable angles like 10°, 25°, 45°, etc.

Today, the environment is facing increasing challenges, like drought and flooding, which calls for the possibility of growing plants in less ideal landscapes. Once the CREs for specific genes are identified and screened, they could be targeted to produce genetically modified crops with desirable traits like salt-tolerance.

Considering the scope and benefits of Schmitz’s study, The National Science Foundation granted the team a $3.5 million to look into the role of CREs in legumes, including peanuts and soybeans. Schmitz’s study was based on the technological breakthroughs developed by Zefu Lu, Bill Ricci, and Lexiang Ji.

Zefu modified the method that identifies the CREs in animal cells to apply it to plant cells to produce better Genetically modified crops. It took a long time to address the significant barriers while dealing with the plant organellar genomes, but Schmitz and his team are finally capable of what the animal field has been doing for a few years.

Scientists had been looking for mutations in the genes, but the research in animal genetics showed that the non- coding regions which were thought to be insignificant also carry mutations that affect the gene expressions. These regions, which were challenging to study compared to genes, were characterized with the regulatory information for controlling gene expression through this method.

Ricci developed the technique that shows the relationship between CREs and the gene they control.

Generally, the CREs are located right next to the gene they control, but in plants like soybean and maize with larger genomes, it is evident that they might be located far away from the gene. According to the methods developed by Ricci, CREs are located far away from the gene in the two-dimensional space, but they are right next to the gene in the three-dimensional space. And this inspired the two papers published in Nature Plants.

Schmitz gave the partial credits of this breakthrough research to Zefu, Bill, and Lexiang.

The research paper “Widespread Long-range Cis-Regulatory Elements in the Maize Genome” provides epigenomic, genetic, and functional molecular evidence supporting the existence of long-distance CREs that regulates how a gene in the maize genome is expressed.

“The prevalence, evolution and chromatin signatures of plant regulatory elements,” includes thousands of identified CREs and revealed that long-distance CREs are widespread in plants, especially in species with large and complex genomes. Additional results propose that CREs regulate gene expression along with distinct chromatin pathways.

Brigitte Hofmeister, a recent Ph.D. graduate from the Schmitz Lab, developed an epigenome browser through which all the research work will be available to the public.

Schmitz believes that the techniques and technology developed will be useless if they are not accessible by the people. The epigenome browsers will help people to get information on the specific genes they are working on while studying leaf architecture.

The applications of this approach to identify CREs are useful to academia as well as advantageous in the industry to improve crop performance by developing genetically modified crops.