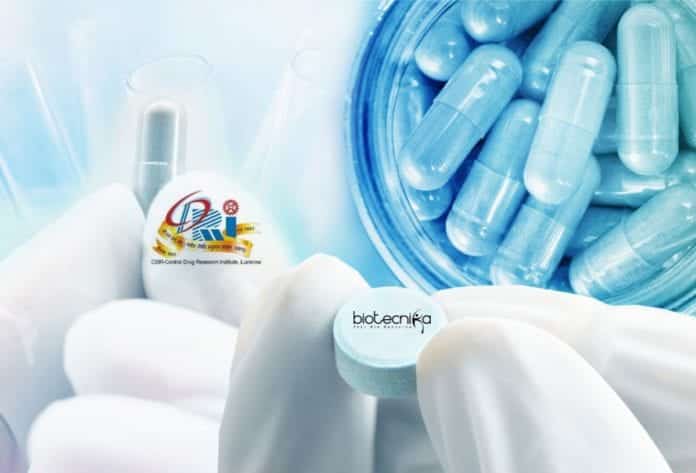 ► The CSIR-Central Drug Research Institute (CORI), Lucknow, was seventh in the chain of CSIR laboratories that were developed in India right after independence India with an aim for technological independence of the Nation. CSIR-CDRI was broadly mandated with the task to change the pharmaceutical sector, which was almost non-existent at that time for accessibility and affordability of drugs. Today, CSIR-CDRI has progressed into a distinct institution having end-to-end expertise in the domain of new drug development -its human resource and infrastructure today is unrivaled. Besides being the breeding ground of substantial highly trained personnel for the drug development and manufacturing, out of 20 new drugs discovered, developed and approved in the post-independent India, 11 (8 synthetic + 3 phytopharmaceuticals) are contributions of CSIR-CDRI, Lucknow. These include Centchroman, Arteether, Centbucridine, Gugulipid, Bacosides Enriched Standardized Extract of Bacopa, etc. Centchroman (Ormeloxifene), a non-steroidal contraceptive with nearly no toxicity, is currently part of the National Family Program, whereas a-13 Arteether (antimalarial) is included in the National Malaria Program.
► However, from the National front, new drug discovery and development is still in its infancy in India is a leader in worldwide generic pharmaceuticals manufacturing and is being called as Pharmacy of the developing globe, nonetheless, numerous generics manufactured in India are at completion of their respective product life cycles. Additionally, our nation has a high burden of both communicable & non-communicable diseases and is prone to pandemics. Pharma industries thinking about discovery and development of drugs for diseases of poor populace is almost nil. In order to pace with the global innovation, national priorities in health, additionally affordability of drugs, there is a need to augment R&D in developing new and cost-effective therapies that can address the huge disease burden of our nation.
► With an aim to promote drug discovery and development research in India, CSIR – Central Drug Research Institute, Lucknow has instituted CORI Awards in the year 2004 to recognize scientific excellence in the country in the area of Drug Research and Development.

Promoting quality and recognising exceptional contributions to the Drug Research made by the scientists for their work done in India.

► These awards are given each year to the Indian Nationals below 45 years old that have actually carried out impressive research work in the area having a direct bearing on Drug Research and Development.
► There are 2 separate individual awards each for the area of Chemical Sciences and Life Sciences.
► Each award carries a Cash Prize of Rs. 20,000/- and a Citation.
► The awardees are expected to deliver an Award Oration on the mentioned work on the day of Award Felicitation Ceremony, usually held as a part of CSIR Foundation Day Celebrations at CSIRCDRI.
► TA/DA of the awardees for to-and-fro journey will certainly be borne by CSIR-CDRI based on the prevailing rules of Travelling allowance of Government of India.

► Scientists/ researchers who are engaged in basic and applied research in the area having direct bearing on drug research and development and have made exceptional contributions with potential for application/ product and technology development.
► Age must be below45 years, as reckoned on 17 February of the year of award.
► Must be a citizen of India.
► The research work for which nomination/application is made have to have been carried out in India.

Nomination/Application for CDRI Awards for the year 2020:

► Head of the Institutions/ Organizations/ Universities/ Industries, Bhatnagar Awardees, Fellows of National Science Academies can nominate the most deserving scientists/ researchers that are engaged in basic and applied research in the area having direct bearing on drug research and development and have actually made exceptional contributions with potential for application/ product and technology development.
► Eligible Candidates can also directly submit the application.
► Word file of proforma for Nomination/application can be downloaded from http://www.cdri.res.in.
► Information pertaining to Nomination/ application must be sent according to the prescribed proforma (a softcopy in PDF format and a Hard copy).
► Complete information according to enclosed proforma in addition to requisite enclosures need to get to the address given in the proforma by 31 December 2019 for consideration.

The committee consisting of distinguished scientists scrutinize the nominations/ applications and select the CORI Awardees. 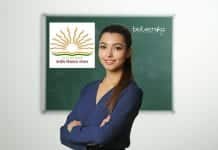