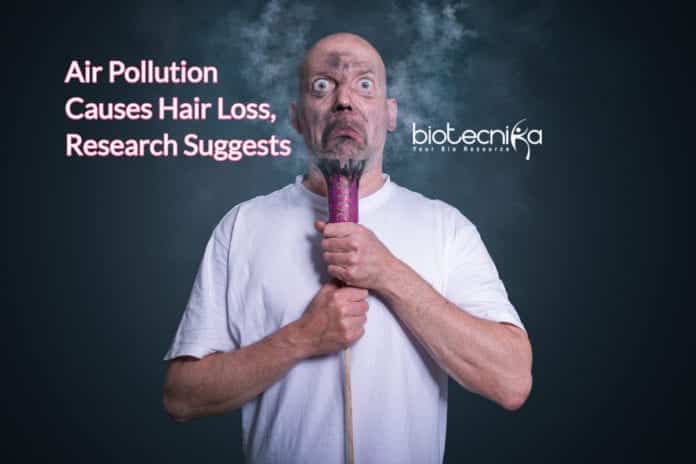 According to a recent research study that tested the effect of dust & fuel particles on human scalp cells, air pollution causes hair loss.

Scientists found that exposure to common air pollutants reduced the levels of 4 proteins responsible for hair growth and hair retention.

The study also showed that the effect increased when the number of airborne pollutant particles increased which suggests that those living in cities or even close to industrial works are at a greater risk of going bald.

Air pollution has been already shown to increase the risk of cancer as well as heart & lung diseases. It is estimated to cause 4.2 million premature deaths every year. It has also been linked to depression & low fertility.

The latest research study funded by a South Korean cosmetics company, is said to be the first to find a relationship between the airborne pollutants & hair loss.

However, lead researcher of the study Hyuk Chul Kwok, who revealed the results at the 28th European Academy of Dermatology & Venereology Congress in Madrid, said the further study was required to confirm the effects outside the laboratory.

He added that it is possible to hypothesize that at certain levels of exposure to pollutants this could lead to baldness. But further population-based research study needs to be undertaken to confirm this.

Scientists then used a scientific technique known as the western blotting to detect protein levels in these cells.

Researchers found decreased levels of a beta-catenin protein that are involved in hair growth and the process of generation & regulation of hair follicles.

3 other proteins that are responsible for hair growth & retention, cyclin D1, cyclin E, & CDK2, were also affected. These were effected with greater decreases observed when these cells were exposed to a higher level of pollutants.

Hyuk Chul Kwon said that when the cells on the human scalp were exposed to some of the common air pollutants created from burning fossil fuels, the proteins in the cells that are actually responsible for hair growth & hair retention were significantly reduced.

He added that the more pollutants that the cells were exposed to, the bigger the impacts seemed to be. Therefore, the study result suggests that particulate matter may cause hair loss.

The research study did not consider any potential differences in hair loss between the genders or ages.

Air pollution campaigner Jenny Bates said that this is the latest in a long sequence of scientific evidence that shows the disturbing impact of air pollution on our bodies & our health.

Bates added that ministers must act with the strength & urgency needed to deal with this public health crisis, which also costs the UK economy about £20bn every year.

Bates added that people need to be helped to switch to less polluting forms of transport. And also raised the need for cleaner vehicles on the roads,& greater investment in better public transport and safer cycling & walking. This will not only create a cleaner & healthier towns and cities & it will slash climate-wrecking emissions too.

Editor’s Note: air pollution causes hair-loss, the effect of dust & fuel particles on human scalp cells, a recent study on air pollutants and its effect on hair follicles, the relationship between the airborne pollutants & hair loss. 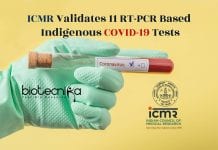 Can ‘Gene-hacked’ Humans Be Created To Settle On Mars?