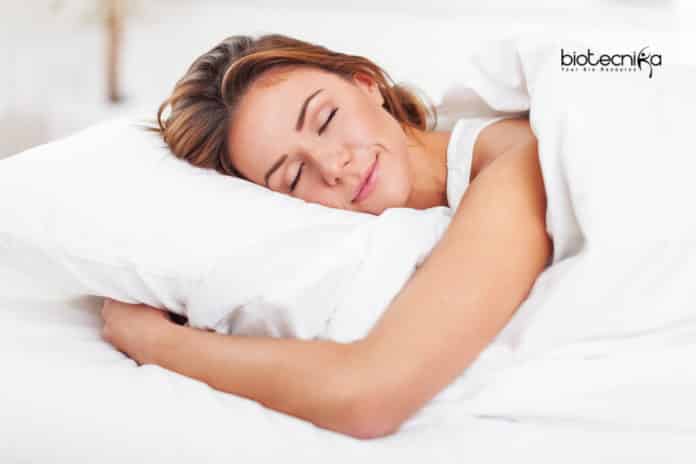 Researchers from UC San Francisco have identified a gene known to promote “natural short sleep”. It is characterized by lifelong, nightly sleep that lasts just four to six hours yet leaves individuals feeling fully rested. A decade ago, the same team of scientists had identified a similar gene.

Ying-Hui Fu, Ph.D., professor of neurology, said that before they identified the first short-sleep gene, people were not thinking about sleep duration in genetic terms. Fu led the teams that discovered both short sleep genes. She is also a member of of the UCSF Weill Institute for Neurosciences.

According to Fu, researchers once thought that certain sleep behaviors couldn’t be studied genetically. According to Professor Fu,  people use alarms, coffee, and pills to alter their natural sleep cycles, and this is the reason why it is challenging to study sleep using the tools of human genetics. These sleep disruptors made it difficult for scientists to differentiate between people who naturally sleep for less than six hours and those who do so with the help of artificial means.

Natural short sleepers was a mystery until 2009. Though Natural short sleepers sleep less, they don’t suffer any of the adverse health effects associated with sleep deprivation. A study conducted by Fu’s team discovered that people who had inherited a specific mutation in a gene called DEC2 averaged only 6.25 hours of sleep per night. Study participants lacking this variation in the same gene averaged 8.06 hours.  This finding provided the first conclusive evidence that natural short sleep is, is caused due to genetic effects. Scientists found that this mutation is rare. Though it helped explain some natural short sleepers, it couldn’t account for all of them.

According to UC San Francisco’s Professor Louis Ptáček, MD co-senior author of the new study, sleep is complicated. He is a John C. Coleman Distinguished Professor in Neurodegenerative Diseases. Professor Louis said that the team of scientists didn’t think there was just one gene or one region of the brain telling the human body to sleep or wake. Ptáček and Fu said that there had to be other, causes of short sleep which are yet to be discovered.

Short Sleep Gene Identified- Why lead to the discovery of the Second Gene?

The researchers identified a family having three successive generations of natural short sleepers. None of the family members had the DEC2 mutation. The researchers used a technique known as linkage analysis. This which helps scientists pinpoint the exact chromosomal location of mutations associated with a particular trait. The researchers found that a single-letter mutation in a gene known as ADRB1 that, like the mutation in DEC2, was related to natural short sleep. This lead to the Second Short Sleep Gene being Identified.

The scientists were eager to understand how the newly discovered mutation might lead to short sleep. The researchers performed a series of experiments in lab-grown cells and in mice that had been genetically engineered to harbor an identical mutation in the mouse version of ADRB1. The cell-based tests revealed that the mutant form of the beta-1 adrenergic receptor, the protein that encoded by the ADRB1 gene plays a role in a variety of essentially biological processes degrades more rapidly than the non-mutant version. This suggests that it might also function differently.

Additional experiments showed that wakefulness-promoting neurons in the pons with the mutated version of ADRB1 were more easily activated. Furthermore, the ratio of wakefulness-promoting to sleep-promoting neurons skewed heavily towards the former in mice with the ADRB1 mutation. These experiments suggest that the mutant form of ADRB1 promotes natural short sleep because it helps build brains that are easier to rouse and that stay awake longer.

Fu said, most people are chronically sleep-deprived. This has well-known, long-term health consequences. A sleep-deprived person is likely to suffer from cardiovascular disease, cancer, dementia, and metabolic problems.

Natural short sleepers, on the other hand, seem to benefit from this. Fu says scientists have discovered that short sleepers tend to be more optimistic, more energetic and better multitaskers. They also have a higher pain threshold, don’t suffer from jet lag, and some researchers believe they may even live longer.

Though the exact reasons for these benefits remain unknown, Fu and Ptáček think their work is an important step towards understanding the connection between proper sleep and overall health.