Plastic Pollution – How Humans Are Turning The Earth Into Plastic

Voice of Biotecnika – Episode No: 49

Truth is that a great part of our modern world has been possible due to the development of plastic. However, our reliance on this material is going to put us in trouble. What was once a miracle of manufacturing is at the moment filling our oceans, landfills, and our very bodies.

Hello and welcome everyone to yet another interesting episode of Voice of Biotecnika podcast. This is Deepa Sharma and today we are going to have a look at how humans are turning the world into the plastic – Plastic Pollution.

For most of our history, the stuff needed and used by humans was built from the things found in nature. But approximately 100 years ago, the creation of plastic completely changed our world. Plastic is made from polymers, which are long repeating chains of molecule groups. Polymers exist everywhere in nature: the walls of insect carapaces, hair, cells, silk, DNA. However, it is also possible to create them. When crude oil is broken down into its components and then rearranged, new synthetic polymers can be formed. Synthetic

polymers are durable, lightweight and can be molded into almost any shape. Plastics can be easily mass-produced without the requirement of time-consuming manual work. Also, the raw materials for plastics are available in enormous amounts and incredibly at a cheap rate. Thus, the golden era of plastics began. PVC for plumbing electric gears and cases, bakelite was used for mechanical parts.

Acrylic is a shatter-resistant alternative to glass and nylon for stockings and for war equipment. However, plastic has long ceased to be a revolutionary material and has become trash instead. We think that plastic just appears and goes away; unfortunately, it does not. Since, synthetic polymers are so durable, in order to be broken down plastic takes between 500 and 1,000 years. 40% of plastics are used for packaging. In the United States alone, packaging makes up 1/3 of all the waste that is generated annually. About 8.3 billion metric tons of plastic has been produced since its invention, accounting to 335 million tons in 2016 alone. So what did we do with all this waste? 12% was burnt, and 9% was recycled. But 79% of it is still sticking around.

Around 8 million tons of plastic end up in the ocean every year. This huge amount of plastic will outweigh all the fish in the ocean by 2050. Marine animals keep getting trapped in plastic and they also swallow it. 90% of seabirds had already eaten plastic in 2015. Due to Plastic PollutionMany animals starve as their stomachs become full of indigestible trash. In 2018, a sperm whale that had eaten 32 kilos of plastic bags, nets and a drum got washed up in Spain. While this is tragic and makes for great magazine covers, there’s an even more widespread, invisible form of plastic, i.e., microplastics.

Microplastics are pieces smaller than 5 millimeters and thus they are even more easily swallowed by all kinds of marine life. Some of the microplastics are used in cosmetics or toothpaste. Thus, there are concerns raising among scientists, especially about health risks coming from the chemicals that are being added to the plastic. For example, BPA makes plastic bottles transparent. But there are pieces of evidence that it interferes with our hormonal system. Plastics are made more flexible by DEHP. But it may cause cancer.
It would be pretty bad if microplastics are toxic because they travel up the food chain. Zooplankton eats microplastic, and zooplanktons, in turn, are eaten up by small fish. So do crabs, oysters, and predatory fish and thereby they all land on our plates.

Microplastics have also been found in sea salt, beer, honey, tap water and in the household dust around us. 8 out of 10 babies and nearly all adults have measurable amounts of phthalates, a common plastic additive in their bodies. Further, almost 93% of people have BPA in their urine as a result of Plastic Pollution.

90% of almost all plastic waste entering the ocean through rivers comes from just ten rivers in Asia and Africa. The Yangtze in China alone flushes 1.5 million tons of plastic into the ocean each year. Countries like China, India, Algeria or Indonesia wd at an impressive pace in the last few decades, transforming the lives of billions of people. This development was so fast, that the garbage disposal infrastructure couldn’t keep up with collecting and recycling all the new waste this brought.

The Pacific Trash Vortex or gyre, also known as The Great Pacific Garbage Patch is located in the central North Pacific Ocean and is larger than the state of Texas. The Indian and Atlantic ocean also have garbage patches. The patches are outlined as containing a greater amount of plastic as compared to that of surrounding oceans. Five patches in total have been discovered so far. Plastics are being transported and they converge in the ocean where the currents meet.

As a result, huge plastic islands are being made. Scientists of SES (Sea Education Society) conducted a study of plastics in the Atlantic and thereby calculated that there are 5,80,000 pieces of plastic per square kilometer.

Sources of plastic toxins in the oceanic food chain

To the extent that plastic entering the ocean, around 20% of the trash comes from ships and platforms that are offshore. The remainder sources being picked up by tides on the beach, coming from litter being blown into the sea, or intentional garbage dumping. The sadder part is, these plastics do not biodegrade, and so they break up into minute pieces that are later consumed by fishes and sea mammals. Every year more than 1,00,000 sea turtles and birds are being killed by plastic from ingestion and entanglement. Further, chemicals contained in plastics are released into the water as well as the atmosphere. Fishes easily become contaminated from these chemicals present in the water. This is a straight network of how plastic chemicals enter the food chain.

A large number of plastics spread throughout the ocean. As Styrofoam is broken down into smaller parts, polystyrene components present in it sink down lower in the ocean, and thereby the pollutant spreads throughout the sea column. Not only do the toxins in plastic affect the ocean, but, in fact, they act like sponges, and thus soak up other toxins from external sources before they enter the ocean. Animals in the ocean suffer as these chemicals are ingested by them. Further, this is also not good for humans, as we ingest contaminated fish and mammals.

Plastic is dangerous for humans in a variety of ways. Direct toxicity from plastics comes from cadmium, lead, and mercury. These toxins have also been found to be present in many fishes in the ocean, which proves to be very dangerous for humans. A toxic carcinogen contained in some plastics is diethylhexyl phthalate (DEHP). Other toxins present in plastics are also straightaway linked to birth defects, cancers, immune system problems, and childhood developmental issues. Other types of toxic plastics are health-bisphenol-A or BPA, along with phthalates. Both of these are of intense concern to human health. BPA is used in many kinds of stuff, taking in food packaging materials and plastic bottles. The polymer chains of BPA break down over time, and can thereby enter the human body in lots of ways from drinking contaminated water to consuming a fish that had been exposed to the broken down toxins. Precisely, BPA is a well-known chemical that interferes with hormonal function in humans.

Rolf Halden, an associate professor in the School of Sustainable Engineering and Arizona State University has studied the adverse effects of plastics on humans and has thus far concluded that an accurate sketch of health effects of plastics on humans is almost impossible to find out. It is due to the fact that the plastic contamination in humans is a globally spread problem; and that there are almost no unexposed subjects. It is obvious that these chemicals are not healthy for humans.

Efforts are put to protect the oceans from plastic pollutants along with protecting human health, but they are mostly organizations at the grassroots level.

When it comes to protecting ourself from plastic contamination / Plastic Pollution, it is probably best not to have a diet that consists mainly of fish, since most of it is contaminated. However, one of the most efficient way to deal with this problem and what we could all do is that, as members of this fragile ecosystem, we need to be responsible for our trash. When we have the opportunity, we should try to avoid buying products which are packaged in plastic. Further, when we do use plastic, we should always recycle it. Furthermore, at the stores, a paper bag can be requested instead of plastic, or, we can also carry our own. Also, we can use a reusable water bottle, and of course not litter.

As quoted by Achim Steiner, the Executive Director of the UN Environment Programme:

“Marine debris – trash in our oceans – is a symptom of our throw-away society and our approach to how we use our natural resources.”

As humans, our tendency to be reckless about cleaning up after ourselves is about to get us in trouble. We amplify the risk of losing many species in the ocean as well as affecting ourselves negatively. Half a pound of plastic waste is produced almost every day by an average person. No wonder the oceans are rapidly getting filled up with waste.

Plastic pollution is a complicated problem. We brought into being a magic material and we had a really good time with it. But we ought to be careful or just like Midas, we’ll end up in a world that we never wished for. A part of the problem is that all of us are not aware of how this issue starts with the individual. Our individual daily actions do have a huge impact. It matters what we do. We can solve this problem by obviously making some lifestyle changes. We just have to be ready to accept this issue and look past our denial. Disposable plastics should be refused. Further, our friends and family can be convinced to do the same. Companies and politicians can be pressurized to take the essential steps in order to keep our oceans clean and our food safe.

In order to bring the change, the government also needs to make regulations on plastics. There has been the formation of some treaties, to minimalize the amount of trash entering the oceans. This is still not enough. These grassroots organizations are very important to the protection of the oceans, going all-out to get information about this catastrophic pollution. We should all be really involved since it is everyone’s responsibility.

Let us give rise to these changes & stop Plastic Pollution before it is too late, and, before we end up killing all the oceanic life, or even ourselves.

Today's Voice of Biotecnika is
Dr. Deepa Sharma, a dynamic professor at Biotecnika with specialization in Microbiology. With a Ph.D. in Botany,

She is an avid follower of the latest life science journals and has quite a number of publications of her own piece of work. She has also been the most patient and a loving teacher to all our students for her true interest in dedicating her immense knowledge towards them. In this podcast, she discusses about Plastic Pollution. 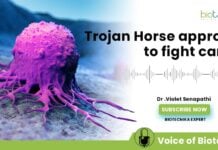 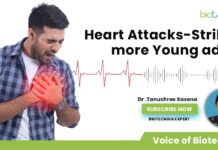 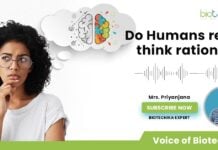 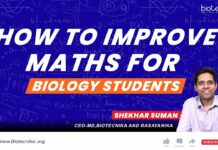 How To Improve Maths for Biology Students + Jobs in Maths... 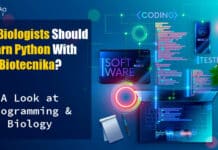 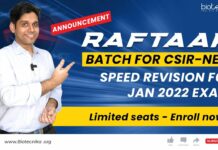 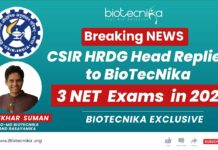 CSIR-CDRI Multiple Projects Recruitment With Up To Rs. 67,000 pm Pay