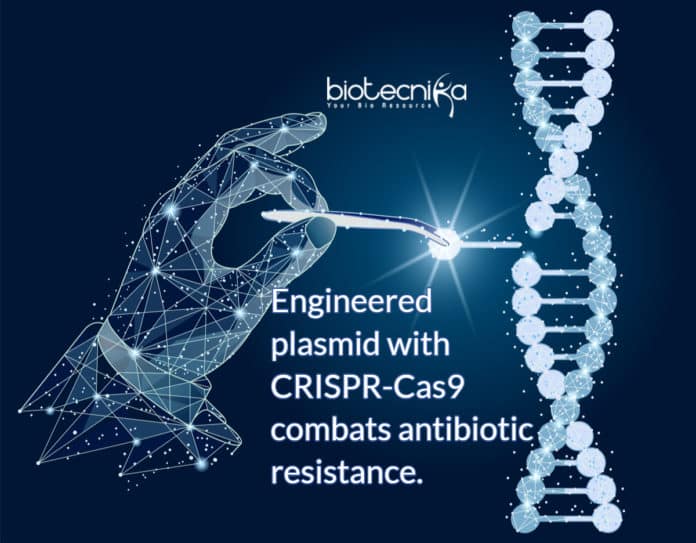 Breck A. Duerkop, Ph.D., Assistant Professor of Immunology and Microbiology, University of Colorado School of Medicine, Anschutz Medical Center, Aurora, said that their concerns with organisms that cause hospital-acquired infections which are resistant to many antibiotic therapies motivated this research. He is the co-senior author of the research study published this week in Antimicrobial Agents and Chemotherapy Journal of the American Society for Microbiology.

The mechanism that is used to remove antibiotic resistance genes is the specialized protein called CRISPR-Cas9. This can make cuts just about anywhere in DNA.

The delivery vehicle for the genetically engineered plasmid is a particular strain of Enterococcus faecalis, which conjugates with Enterococcus faecalis of various different strains. Conjugation is the process where the bacteria come together to transfer genetic materials from one to the other via their direct cell to cell contact.

Nonetheless, he cautioned that it remained possible that Enterococcus faecalis could still circumvent the engineered plasmids. Some bacteria have anti-CRISPR systems which can block CRISPR-Cas9 protein function, and some bacterias have systems that can degrade foreign DNA. Further studies in the future will need to be done to address such an issue as Enterococcus faecalis avoiding the targeting system and also under what conditions this may happen, said Dr. Duerkop.