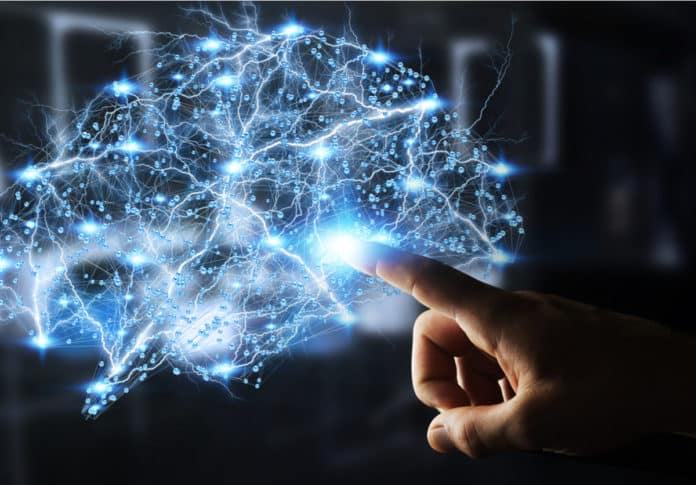 A team of researchers at UC San Francisco and the National Institutes of Health has achieved another CRISPR which may fundamentally alter the way scientists study brain diseases- CRISPRi technology.

In a paper that was published on August 15 in the journal Neuron, the researchers describe a technique that uses a special version of CRISPR called CRISPRi system. This was developed at UCSF to systematically alter the activity of genes in human neurons that are generated from stem cells. This is the first successful merger of stem cell-derived cell types and CRISPR screening technologies.

Even though many anomalies, mutations, and other genetic variants are known to be connected with an increased risk for many neurological diseases, technological bottlenecks have thwarted the efforts of scientists working to understand exactly just how these genes cause diseases.

Martin Kampmann, Ph.D., associate professor at UCSF’s Institute for Neurodegenerative Diseases, a CZ Biohub Investigator, and co-senior author of the new study on CRISPRi Technology, said that prior to this study, there were significant limitations that restricted what researchers could do with human neurons in the lab.

Kampmann, also a member of the UCSF Weill Institute for Neurosciences explained that for one thing until fairly recently, there was no way for researchers to reliably obtain human brain cells that could be used in advanced lab experiments and It was possible to get neurons donated by patients who had undergone procedures that involve removing brain tissue to treat epilepsy or brain cancer. But these human brain cells samples can only survive for a few days. One can’t perform experiments to probe gene function on short-lived neurons, he added.

Instead of relying on Human brain cell samples researchers had started generally rely on animal models of brain disease, which can fail to capture many nuances of human neurobiology.

It was in 2006 a breakthrough came in when Shinya Yamanaka, MD, Ph.D., of Kyoto University and the UCSF-affiliated Gladstone Institutes, discovered a way to rewind the developmental clock of the cells as well as to turn the adult cells into stem cells. Shinya discovered cells that could, with some coaxing, be transformed into any type of cell found in the body even including neurons. These are called Induced Pluripotent Stem Cells (iPSCs). iPSCs made human brain cells widely available for worldwide lab research.

After 6 years When the CRISPR gene-editing system arrived, researchers thought they finally had all the tools they would need to manipulate genes in human neurons as well as to determine how they contribute to various neurological diseases.

But researchers quickly discovered that an enzyme known as Cas9, DNA-cutting machinery of the CRISPR technology, didn’t mix well with Induced Pluripotent Stem Cells (iPSCs). This was because the stem cells have a very active DNA damage response. When Cas9 produces even just one or two DNA cuts, this can lead to toxicity that causes the cells to die, said Kampmann. So Kampmann decided to tackle this toxicity problem toxicity that causes the cells to die. Kampmann who was a postdoc in the lab of UCSF Professor Jonathan Weissman, Ph.D.,  co-invented a tool known as CRISPRi (i for “interference”). This is a special version of the CRISPR system where the Cas9 enzyme has been deactivated. CRISPRi Technology suppresses its activity without making any cuts when it finds the genes it’s seeking. As a result of this, Kampmann predicted that unlike standard CRISPR-Cas9 enzyme, CRISPRi shouldn’t be toxic to iPSCs or stem cell-derived neurons.

Kampmann and his collaborators, in their new paper, describe how they adapted a special version of CRISPR i.e, CRISPRi system for use in human iPSCs and iPSC-derived neurons. they have also described how they found that it could target and interfere with genes without killing the cell — a feat that had long thwarted researchers.

Using the special version of the CRISPR system, the scientists demonstrated how their technique can be used to find genes that may cause or how they may contribute to brain diseases. For example, they identified genes that specifically extend the lifespan of neurons, but have no comparable effect on Induced Pluripotent Stem Cells (iPSCs) or cancer cells. Researchers also found genes that increased the number of neurites (i.e, the projections that grow from neurons and transmit nerve signals) and they also determined how frequently they branched.

But One of the most surprising findings of the study on a special version of CRISPR system was the discovery that “housekeeping” genes– which known to be essential for survival and are thought to perform the same function in all cells,– actually behave differently in neurons and stem cells. When the scientists interfered with the same housekeeping genes in these two cell types, the cells responded by activating or inactivating a vast range of different sets of genes. This result of the study suggests that, contrary to received wisdom, the housekeeping genes may not work the same way in different cell types. As these differences may play important roles in disease, this is an idea that Kampmann and colleagues in his lab are eager to explore further.

Kampmann and his lab are now using a special version of the CRISPR system to study different types of neurons in an effort to determine why certain diseases selectively affect just a subset of neurons like the way motor neurons are selectively damaged in ALS. Kampmann is also expanding his studies and investigations into other types of brain cells including cells known as astrocytes and microglia. These are the cells that researchers recently figured out how to produce from human iPSCs.

Still, the ultimate goal of further study is to turn this technology that combines the special version of CRISPR system and iPSCs into a tool that has the ability to uncover much-needed new therapeutic approaches to treat various brain diseases.

Michael Ward, MD, Ph.D., co-senior author of the new study and a physician-scientist at the National Institutes of Health said that one of the big challenges faced by researchers in this the field is that, for most of these brain disorders, the precise molecular pathways that one should target for drug development remains unclear.

With a special version of the CRISPR system, scientists can take skin or blood cells from a patient with a neurodegenerative disease like Alzheimer’s, and turn them into neurons or any other brain cells. This helps the researchers to figure out which genes control the cellular defects associated with the disease said, Kampmann. The information may allow scientists to identify effective therapeutic targets, he added. Martin Kampmann has filed a patent application related to CRISPRi and CRISPRa screening.