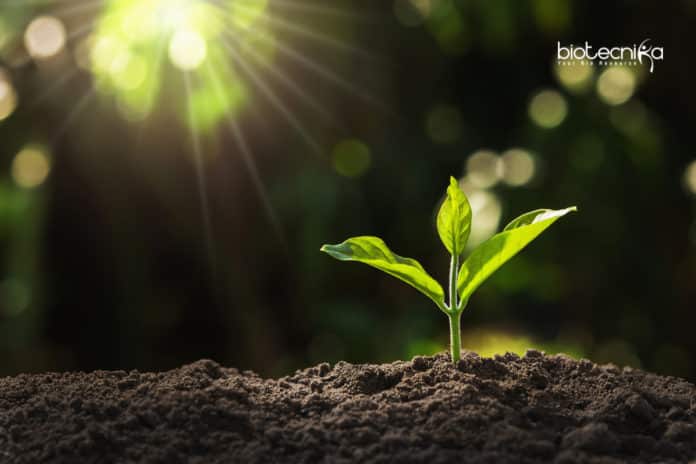 Plants, like humans and animals, have evolved complex immune systems that destroy invading pathogens. But unlike animals, plants lack adaptive immunity. This means specific plant cell must defend itself against all potential pathogens.

Plant Cells have disease resistance genes which code for protein complexes. These proteins are coded when plants are infected by pathogens such as fungi or bacteria. Such genes encode traits used by biotechnologists to generate disease-resistant plants and crops.

The research team was led by Marc Nishimura, Colorado State University Assistant Professor, Jeff Dangl of the University of North Carolina at Chapel Hill, and Jeffrey Milbrandt of the Washington University School of Medicine.

Nishimura and team identified the mechanism of one little-understood domain of plant resistance proteins called a “toll-interleukin-1 receptor,” or TIR domain. The researchers revealed that during the plant immune response, the TIR domain is an enzyme that degrades a molecule known as NAD+, which is essential for metabolism in all organisms, including humans. By cleaving NAD+, the plant self-destructs infected cells by the pathogen while leaving others unharmed.

Scientists had previously suspected that plant’s TIR domains might act like physical scaffolds. These function by building a structure that attaches to the cell’s plasma membrane, in turn, recruiting other proteins to the area to begin an immune response. This is how these domains work in animal cells which includes human beings

Nishimura and colleagues’ work shows that the role of TIR domains in the plant immune response is indeed functionally related to the part of the more unusual animal TIR domain. The researchers found that the plant TIR domain is itself acts as an enzyme that cleaves the NAD+ molecule, rather than acting as a structural scaffold that recruits other components.

The team is now working to understand how this new product they saw influences cell death and disease resistance.

Nishimura said that For 25 years, scientists didn’t know what the function of TIR domains plants was. Therefore, Nishimura added that the results were exciting in terms of advancing the understanding of how TIR domains trigger immunity in plants.

Key Immune Systems in Plants- Why is it Important?

Nishimura said that discovering individual biochemical pathways in the plant immune response may be necessary to how plants are manipulated to protect food crops. This is particularly more important as new pathogens emerge, and global food supplies become vulnerable. Ultimately this study will help scientists rationally engineer new receptors to recognize emerging pathogens.