Home Voice of Biotecnika Can Superhuman Abilities Be Engineered?
--Sharing is Caring--

Can Superhuman Abilities Be Engineered?

Voice of Biotecnika – Episode No: 45

Superhuman, a word that brings along with it lots of anticipation and buzz. What is a superhuman and how he owns qualities that exceed those found in humans, this question can initiate agitation in anyone’s mind? We invite you all to join our host for today – Nidhi, in this expedition, through this podcast where we will be heading to dig answers to these creepy but amazing curiosities. Let’s get started.

Listen to this podcast on SoundCloud

I am very sure most of you might have watched one or more superhero movies which have been aired in the past few years or certainly in your childhood. Are you able to recapitulate? Well, we have a long list indeed. To begin with ‘Spiderman’ is one such movie which is imprinted on our hearts and brains where an ordinary student accidentally got bitten by a genetically – altered spider and surprisingly acquired the characteristics of a spider. Remarkably he could be seen clinging to walls or any other hard surfaces with his altered fingers having those unique web-slinging abilities, gets a muscular body with all extensive superpowers thus turning up into a complete superhuman. He takes vows to use his superhuman strength to serve people fighting against crimes, and in that way grows as everyone’s favorite human.

Well, we have more interesting superman and superwoman depicted in an entertaining manner in other movies as well, like Batman, Ant-Man, Iron Man, Batman forever, Avengers: Age of Ultron, X-men, The Wolverine, and the list goes on. Well, our very own Bollywood doesn’t lag behind anyways. RA-one or Krish can’t be forgotten. Tell me honestly friends after watching these movies have you ever felt a secret desire rooting inside you to boast up with these superpowers and thus becoming a superhuman? I am sure you had.

It is very natural to have that desire to chase unnatural things. We may turn to science to ask if it is possible to create a superhuman. Can we have real-life superheroes? Now, this is something we are certainly interested to know. Genetic mutations may contain the answer to this and provide with the possibility of mastering those extraordinary abilities. Now we all know that genetic mutations are alterations in the sequence of the gene. Depending upon where they attack they may prove as constructive or detrimental or sometimes even neutral. These small mutations can be responsible for bringing alterations in traits reflecting as super human’s super abilities.

Let’s visualize it in this way any mutation in the gene coding for muscle protein myostatin can lead to an unnatural condition known as myostatin related muscle hypertrophy where muscles grow giving muscular physique even in children. Normally inside the human body, myostatin binds to receptors on skeletal muscle cells activating the pathways ending up in initiating the growth and division of muscle cells. When that doesn’t happen naturally people and even small children may turn up into superhumans flaunting with their muscular bodybuilder looks and people that too without exercising. Sounds interesting? I have even more fascinating examples to tell.

Exceptional bone strength and extra energy may be observed in a few people having beneficial mutations. Bursts of force letting people sprint fast come from the rapid contraction of fast-twitch muscle fibers in muscle cells. Researchers believe that alpha-actinin, proteins present in skeletal muscle fibers break down sugar stored in glycogen converting them into energy-containing compounds making muscles work and thus stabilizing these fast twitching fibers. Top sprinters and weightlifters have at least one working copy of this gene providing them with a superhuman package of bursts of speed energy and power.

Real superpowers or abnormal abilities more appropriately can be seen as a result of certain mutations eventually leading to certain disorders like adermatoglyphia where a person is born without fingerprints. Nevertheless, in movies, we have seen criminals trying to get their fingerprints removed but it is hard to digest this condition in a reality where actually people suffer from this unique and rare disorder of not born with fingerprints. Back in the year 2011, a group of dermatologists discovered this rare genetic disease arising due to single mutation and dubbed as “immigration delay disease”. Interestingly, a woman could not enter the United States and border control authorities found it troubling allowing a person without fingerprints. Although, physically healthy people suffering from dermatoglyphic have flat finger pads and are devoid of arching or looping ridges characterizing the fingerprints of all normal humans. Now you may consider it as a superpower one may own just like spider man who also has no fingerprints. NFJS and dermatopathia pigmentosa are other genetic disorders causing the same condition leading to missing fingerprints.

Extensive bone strength can be established by another mutation in the gene LRP5 involved in cell signaling between cells and as an important part of pathways affects cell development. People who experience function mutation in this gene enjoy the complete new function of the protein coded by this mutated gene accelerating certain signaling pathways on bone cells making them grow bulkier and thicker leading to a condition known as osteosclerosis and hyperostosis. We could see this way that mutations can make us stronger, faster strengthening the fact that if someday we could have a control over our genome or genetic makeup probably getting mutations incorporated in right place and right time it is possible to acquire much better young looks, tremendous intelligence, disease resistance, and unmatched strength basically all those exceptional superpowers which a superhuman flaunts with.

Since long scientists have been using gene manipulation as a podium where by using various molecular engineering techniques targets such as human organ development through harvesting stem cells is being attempted. Even scientists have not skipped trying their hands in developing animal human hybrids like humanzee who was believed to be a human-chimp- hybrid. Although ethical issues associated enforced that convoluted research to be discontinued. Recently a team of researchers claimed to create a sheep human hybrid and the study was targeted to grow human organs in animals so that defective ones could get replaced by almost identical organs developed in hybrids. It might surprise you but you have to believe, many countries are quite interested to create super-intellect super soldiers who would be immune to agony and will be pockets of strength and unrivaled stamina. Yes who could overcome the need for sleep and work just like machines but with that super intelligence and wisdom. I am sure that remembers you of your favorite comic or cartoon characters. Ya I know that sounds more like science fiction. But as you know discoveries start with craziness. Even a famous poet has said: “We all exist in our own personal reality of craziness”. Unless you affirmatively imagine something to happen you might not get even a step closer to it. ‘There is no genius without some touch of madness’ rightly said by Aristotle. So Let’s start digging more to get at the roots of this engrossing quest of superpowers.

Dear people, have you ever heard about genome editing? Where geneticists are getting more and more successful not only in removing and replacing genes but rewriting the entire genomes. They claim by using gene editing they can create any kind of life form, produce synthetic macromolecules of their own choice eventually reprogramming entire organisms. Even though it’s a far-fetched tale but scientists are shedding their blood to attain success. Nonetheless, in plants or animals, selective breeding has been expansively used to modify DNA and opt for specific mutations to manipulate the work done by evolution at our own pace. Today most of the foods we are consuming have been genetically modified to provide them the best of color, shape, and nutrients. Animals are also bred selectively to improve their fat content. So aren’t they being provided with superpowers? Is it wrong to call them a superfood, superfruits or super vegetables? So with that precise techniques, that day can’t be seen far off when humans with super abilities can be created but that definitely requires the manipulation or replacement of exact genes specifically identified for particular traits which may impart special features in humans.

With that ability to edit genetic sequences to produce those superhuman traits, gene editing can lay the foundation of a future dream of having perfect humans on earth. This underlines the need to understand gene editing and to learn more about CRISPR. People do you have any idea about CRISPR i.e. Clustered Regularly Interspaced Short Repeats, let me tell you it is a much-studied defense system in the last 30 years which bacteria have been using to fight off diseases and which is paving the floor for developing humans’ resistance against life-threatening and incurable ailments. CRISPRs being a specific kind of gene sequences are used in gene editing for creating small spaces in DNA sequences that further act as a defense against harmful mutations. Nowadays they are broadly being in use as tools for gene editing because of their advantages over conventional methods. They can be simply and less expensively created in the lab unlike the expensive and tediously produced proteins ZFNs and TALENs previously used in gene targeting.

Briefly, If I explain it for you in this method scientists create an RNA sequence for guiding CAs9 enzyme into a cell’s nucleus to eradicate any portion of DNA which has become offending due to any viruses or diseases. The cell turns smarter and more proficient in defending against any sort of threats thus chances of cell longevity increases. This technique assures that in future genome therapy could be sturdily worked out to increase the likelihood of saving lives. Early investigations of a fetus with any genetic disorders could be assisted by CRISPR not only to prevent the inheritance of disease to the developing baby’s DNA sequence but also saving it from being a carrier thus improving the future gene pool.

So people thought we have a long way to reach that world of fantasy where unrivaled intelligence and extraordinary physical strength could be achieved, nevertheless we could visualize them as the future of gene therapy but again not to be missed it requires extreme precision, accurate understanding of the interactions between the DNA sequences and exact outcomes of the mutations being occurring. Don’t forget every coin has two sides so superpowers creation definitely initiates a crucial concern of generating them in a beneficial way that does not perturb the world peace.

There is a saying “The Science of today is the technology of tomorrow”  – this may give you the reason to turn those dreams of being a phantom or batman into reality.

Over to you readers – what do you think? Can Superhuman Abilities Be Engineered? Do share your views in the comment section below.

who is a senior and experienced faculty at BioTecNika. She has a keen interest in keeping herself motivated to learn new and more. The above podcast is one such example of her deep knowledge of trending innovations in life science & medical field. She has expertise in Biotechnology and Microbiology and completed her Ph.D. in Biotechnology. Dr. Nidhi has also been awarded at several workshops and conferences and has publications in reputed international journals. 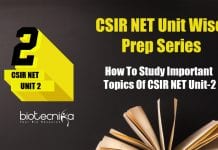