Voice of Biotecnika – Episode No – 41

Our World is an instance of awful scientific myths that are perambulating since centuries, though most of them were refuted years ago, these rumors just won’t go away. So hey friends…well guessed…today’s voice of Biotecnika will be decoding some of these old wives’ tales. Top 10 Scientific Myths Decoded – Voice of Biotecnika.

Listen to Voice of Biotecnika on SoundCloud

1. Everest is the world’s tallest mountain

To measure all 8,848 meters of this unforgiving spike of rock is one of the greatest human achievements, but anyone who claims to have conquered the world’s tallest mountain would be incorrect.So the title goes to Mauna Kea, a volcanic peak in Hawaii with a summit of 4,205 meters.But hey hold on! that’s much shorter than Everest. In fact, that number is only the amount peeking above sea level – the rest of its enormity goes all the way to the bottom of the Pacific Ocean. A measure of its entirety from base to peak clocks in at almost 10,000 meters, making it the tallest mountain on the planet. Technically, Everest is the tallest mountain above sea level, but

a more formidable title would be the highest point on Earth.

2. The Great Wall of China can be seen from space

This man-made structure is impressively massive and one of the most magnificent historical destination to visit, no doubt, but is it big enough to be seen from space? No. This remains a wonder only on Earth: numerous astronauts have confirmed it can’t be seen with the naked eye in orbit, and certainly not from the surface of the moon.The myth has been exaggerated in popular culture since the 18th century – before people actually went into space – but based on its measurements, spotting it from the moon would be like trying to see a human hair from two miles away. The fact is, despite being 13,171 miles in length, it’s only approximately six meters in width, making it far too narrow to be visible. Those astronauts who claim to have seen the Great Wall have been proven to have mistaken the object for a river, in particular, the Grand Canal of China.So finally its decoded!

Indeed, presidential candidate Mike Huckabee used the line while out campaigning in 2008: “It’s scientifically impossible for the bumblebee to fly, but the bumblebee, being unaware of these scientific facts, flies anyway.” It’s a myth that science is baffled by bee flight. The misconception seems to come from a 1934 French book called Le vol des insectes, which suggests that insects – not just the bumblebee – shouldn’t be able to fly.But, of course, they can, and the physics behind it isn’t a great mystery to scientists. Yes, if you manipulate the same calculations you’d use to explain why an airplane flies, then bees shouldn’t be able to take off, but a flash glance will confirm that bees are not planes. In the 1990s, it was discovered that the secret of their flight comes from air swirling in a tight circle over the wing. “The vortex is a low-pressure region above the wing, and it sucks the wing upwards,” this theory was explained by Charlie Ellington, professor of Animal Mechanics at the University of Cambridge.

We’ve all seen bulls bear down at the sight of someone waving a red cape in their face.Even there are popular sayings such as “seeing red” or “red mist” to describe anger overcoming us. In all truth, however, bulls are color-blind. It’s not the color of the cape that enrages the animal, but the flapping movement of the material. In tests conducted by science’s favorite tandem, the MythBusters, a bull was presented with three dummies holding capes of varying colors. It was really proven that the bull would charge at the cape that was moving, regardless of the color.Ohh finally you are free to wear red dresses in front of them-giggling!

5. Chameleons can change to any color

About 70% of adults believe this one and even there are proverbs and idioms on this but, despite, a chameleon can’t turn itself tartan or mimic the pattern of your wallpaper as part of its camouflage capabilities. The chameleon does have an extraordinary color-changing ability, but it actually shifts color in response to mood, a change in body temperature or to communicate rather than to blend in with its environment.For instance, they’re able to turn themselves bleach-white in direct sunshine to reflect the heat or turn dark in the cold to absorb light, while a male’s colorful patterned body can be a mating display. A little bonus fact is that the outermost skin of a chameleon is transparent: they change color through layers of cells called chromatophores, which contain different pigments to make up its striking natural palette.

Yes, it does. Trees and tall buildings are often hit repeatedly by lightning that isn’t too fussy about what it targets.During one storm, it took eight strikes in less than half an hour.Of course, the main purpose of the idiom is to encourage people to try something more than once – a folksy way of informing them that a bad experience is unlikely to be repeated. Again, not always true. A man once was hit by lightning on seven different occasions, seeing him enter the Guinness World Records, while Tsutomu Yamaguchi had an even more traumatic experience, managing to be hit by both the Nagasaki and Hiroshima atomic bombings.

7. There are left- or right-brained people

The school of thought was always thus: creative types were more right-brained, while more calculated and detailed folk channeled the left half of their brain. It’s a neat way to classify personality traits, but studies have shown no indication that individuals have stronger left or right halves of their brains.The University of Utah conducted a two-year study with more than 1,000 participants, whose brains were observed as they performed various tasks. While the researchers found it was true that the left and right parts of the brain are responsible for alternative functions (language on the left; attention on the right), no brain was stronger either way. As Dr. Jeff Anderson, the study’s lead author, stated: “The truth is that it would be highly inefficient for one half of the brain to consistently be more active than the other.”

8. We only have five senses

Sight, smell, taste, hearing, and touch. These senses, categorized by Aristotle himself. So what do u think, is it the only senses we have? While we have long focused on these as our set of tools, the truth is that we have far more, even as many as 20. The big five might seem to have every base covered, but we’re more perceptual than we realize. What about our ability to sense temperatures (thermoception), or our ability to balance upright while skiing (equilibrioception) – where would you classify these? How about hunger, thirst, motion or spatial awareness? Without these senses, we’d operate on a rather basic level – so boiling all human senses down to just five doesn’t make science happy. Each sense can be sub-categorized into further senses. For example, there’s nociception (a sense of pain), proprioception (a sense of knowing where your limbs are) and time perception. We’re alert to many influences playing on our body and brain receptors, so scientists make sense when they say we have more than five.

We’d like to think that we only use 10% of our brain, with the rest waiting like an empty hard drive ready to be filled. Sadly, this isn’t the case. There are several Hollywood movies based on this theme but it doesn’t help to debunk the myth, portraying a world in which unlocking that extra 90% has us learning languages in seconds or becoming instant experts in anything from combat or mechanics. But it’s the stuff of sci-fi slosh. We do use our whole brain, all the time. We process so much information at any one time that our neurons and synapses are firing across the whole brain almost non-stop. Any function or task we perform constantly stimulates different parts of the brain; MRI scans conducted by neuroscientists have proved that the organ is lit up with activity even during the most trivial tasks.

There’s also the case of head injuries. Even the smallest ding to the head can cause severe trauma and brain damage. If 90% of our brains lay dormant, we’d be able to lop off our “non-functioning” section and walk around perfectly fine. This, as we know, isn’t possible.

Finally crushing the myth is the evolution argument. Nature is such an efficient system that having a large, redundant amount of grey matter taking up space in our craniums would have been sufficiently secateured eons ago. The brain is a huge drain on our energy (it’s estimated it draws around 20% of our total energy), so having to power such a large percentage with no benefit doesn’t make much biological sense.

The misconception regarding this can be traced back to the 1970s, when researchers at Johns Hopkins University School of Medicine discovered that cartilage stopped the growth of new blood vessels in tissue – a key characteristic of malignant tumors. Since shark skeletons are made entirely of cartilage, it’s no wonder researchers’ attention turned to sharks. Scientists also discovered they had a lower rate of the disease and began exposing them to high levels of carcinogens, although there were no results to prove that the sharks didn’t develop tumors. The most damage came when Dr. William Lane gained notable media attention for his book Sharks Don’t Get Cancer. Following dubious clinical trials, he claimed remarkable results from shark cartilage. Rather more suspiciously, Lane then set up his own business, selling pills of powdered shark cartilage as an alternative treatment for cancer. The FDA conducted clinical trials of the pill on three separate occasions and found it to have no effect whatsoever. Further blowing the theory out of the water, a 2004 study from the University of Hawaii found multiple tumors in a range of sharks, skates and rays, and even tumors in shark cartilage itself.

Hey time flies really…we have come to the end of the session and it’s time to say, goodbye pals…but before that…did you all recovered from the cobweb of these myths?…if yes,share your views regarding the same and also let us know if you have decoded any of them? Thank you so much and stay tuned to our very own podcasts-Voice of Biotecnika!

Today's Voice of Biotecnika is

This podcast has been contributed by Priyanjana Ghosh, Senior Professor at Biotecnika with specialization in Plant Biotechnology. She has been an ardent follower of trends in Biology. She has immense knowledge and interest in Life Sciences. We thank her for her valuable inputs. More such discussions will be published in the future on Biotecnika by her. 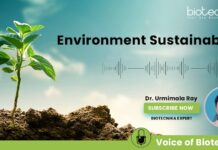 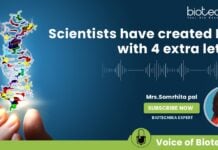 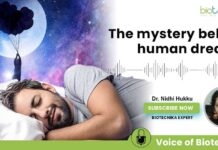 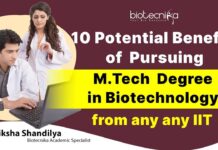 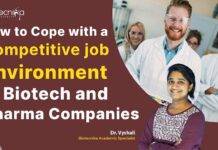 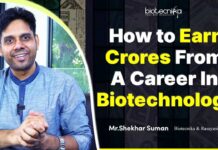