Home Voice of Biotecnika Can Mosquitoes Be Wiped Off The Earth? – Voice Of Biotecnika
--Sharing is Caring--

Can Mosquitoes Be Wiped Off The Earth?

Voice of Biotecnika – Episode No: 39

Mosquito is one of the deadliest dipterans. It is the source of many epidemic diseases among mankind. I am sure that, all our fellow listeners would have thought of getting rid of this entire species at some point in time. Today, techniques have become so advanced that it is safe to say that humans are capable of eradicating this entire species at the click of their fingers. But should we edit nature? Should we toy with its ways? To brainstorm on this scenario, I, Rashmi, welcome you all to another amazing session on Voice of Biotecnika. Today we will be discussing on the fact that “Can mosquitoes be wiped off the Earth” and if so, Should they?

Listen to this Podcast on SoundCloud

If it were a harmless creature, we would not have worried about it so much, but mosquitos not only bite and irritate the skin, they also are a vector for deadly diseases. So can we curb the problem at its roots? We have so many mosquito repellents in the market that aim to kill the insect, but why not go for a mass scale eradication? Ideally, mosquitos put a huge financial and medical burden on society by infecting millions of people every year. To name a few – Malaria, Dengue, Zika fever, Chikungunya have seen a major rise, especially in tropical countries. The origin of these diseases may be different, but due to its infectibility, it has rapidly spread across the globe.

What we do as of today, is restrict ourselves to eradicating a local population of the species. Example restricted treatment to your home, colony or at the most neighborhood. With the use of chemical repellents, sprays, repellent incense sticks, fumigation, we manage to control their growth to a certain extent. We even use mosquitos nets to prevent their entry. But why have we not thought about cleansing the world of this nuisance? Though on one hand, we are genetically manipulating them to raise pathogen resistant varieties of the insect, on the other we are fearing their extinction.

Well, to understand the pros and cons of this idea, we have to look into the ecological importance of the insect. Eradicating any organism would ideally have a serious impact on the balance of ecosystems. There are about 3,500 named species of mosquito. Out of this only a couple of hundred actually, bite or bother humans. Out of these the female counterparts are the actual bloodsuckers as they need blood for reproduction. They live on almost every continent and habitat and may serve important functions in numerous ecosystems. Mosquitoes have been a part of the Earth’s biomass for more than 100 million years. During this stay, they have co-evolved with so many species along the way. Wiping out the entire species of mosquito could ideally leave a predator without prey, or maybe a plant without a pollinator. Actually, exploring a world without mosquitoes is more than an exercise in imagination.

However, some scientists believe the fact that the niche gap left by one missing mosquito is equally rapidly filled by the growth of other organisms.

Getting rid of mosquitoes might make the biggest ecological difference in the Arctic tundra. It is the home to mosquito species including the Aedes impinger and Aedes nigripes. Eggs laid by the insects hatch the next year once all the snow melts, and their development into adults takes only about 3–4 weeks. Right from northern Canada to Russia, there is a brief period in which they are surprisingly abundant, even forming dense thick clouds in some areas.

Daniel Strickman from the US Department of Agriculture in Beltsville, Maryland, however, suggests that this is an exceptionally rare situation worldwide and that there is no other place in the world where they have that much biomass.

Bruce Harrison, another entomologist from Salem, estimates that the number of migratory birds that nest in the tundra could actually drop by more than 50% without having mosquitoes to eat. Other researchers however disagree. Cathy Curby, a wildlife biologist at the US Fish and Wildlife Service in Fairbanks, Alaska, is of the opinion that Arctic mosquitoes don’t show up in bird stomach samples in high numbers and that midges are a more important source of food for them. Possibly we may have overestimated the number of mosquitoes in the Arctic simply because they are selectively attracted to us.

For them, mosquitoes are a delicious thing to eat and they are easy to catch. In the absence of their larvae, multiple different species of fish would have to change their diet to survive. This can sound simple, but traits such as feeding behavior are deeply imprinted, genetically, in those fish. Let us take the mosquitofish (Gambusia) for example. It is a specialized predator — so effective at killing mosquitoes that it is stocked in rice fields and swimming pools as pest control. They would probably go extinct. The loss of these or other such fish could definitely have major effects up and down the food chain.

Many species of insect, spider, salamander, lizard, and frog would also lose one of their primary food sources. In this context, researchers tracked insect-eating house martins at a park in France, after the area was sprayed with a microbial mosquito-control agent. They found that the birds which initially produced three chicks per nest now produced on average two chicks per nest at the control sites.

Most mosquito-eating birds would probably switch to other insects as their source of food. Other insectivores might not miss them at all. For example, bats feed mostly on moths, and less than 2% of their gut content is mosquitoes. If you’re calculating will you eat the 22-ounce filet-mignon moth or the 6-ounce hamburger mosquito?

However, further experiments are being conducted to find a solution. In Britain, genetically modified Aedes aegypti are being bred. This species is a carrier of zika virus and dengue fever, but the genetically modified variety carries a gene that prohibits its offsprings to develop properly. As a result, the lineage of carriers is ended before it can explode. On the release of such mosquitos, an amazing 96% reduction in the species count was observed, but the ecological balance also seemed to sway a bit. Though the upside was the fact that the region became multi-disease free.

Then again, scientists came up with a genetically modified variety that did not harbor the pathogen at all. So, the species would survive, bite, prosper, but would never harm mankind. There are other mutations that allow the mosquito to feed on other blood meals rather than humans. Yes, this is absolutely possible. Mosquitoes have a long list of criteria for feeding off of humans – their scent, their temperature, CO2 release, etc. If the gene sensitizing them to these criteria are switched off, they do not distinguish between the blood meal and can feed off other sources as well. This way the chances of disease distribution also reduces quite a bit. Yes, I know this sounds like the perfect solution, but, scientists are also of the opinion that such genetically modified agents may unknowingly transfer genetic mutations into other species creating unaccounted for varieties. Probably the mosquitoes would have a mutant variety that went way out of control.

So we again came back to square 1, where we allow these troublesome agents to lead their happy life. I now ask you, dear listeners, what are your opinions. While we sit and squat a few of these insects with our palms or books or bats, why are we not thinking of mass eradication? Why are we allowing these species to survive and yet fear the medical burden it carries? The only thing I can conclude is that till we make a tough decision, we will remain to tabulate the pros and cons for the rest of our life.

However, for our personal benefits, I would ask you to pay heed to the government’s suggestions and keep your surroundings clean and dry, to avoid the propagation of these very harmful insects around you and your dear ones. Do not allow water to accumulate in any vessel in your neighborhood, use mosquito nets and keep your area clean. So till the next eye-opening session with Biotecnika, I, Rashmi, will take your leave. Do keep us posted on your ideas and comments about this chicken and egg discussion and have a good day ahead!

most experienced & senior team members of Biotecnika. Coming from a research background in cancer, she specializes in Cancer Genetics, Immunology & Developmental Biology. She has a keen interest in understanding the latest developments in Biotech & Pharma Industry and is very passionate about educating the same to her students. This Podcast on – Can Mosquitoes Be Wiped Off The Earth? Scientific Papers Are Getting Harder To Read? has been compiled by her after thorough analysis. How & What To Study From CSIR NET Previous Year Question... 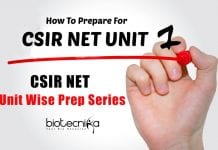 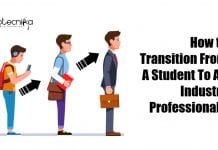 How to Transition From A Student To An Industry Professional?