E.K. Janaki Ammal is India’s First Women Botanist who played a great role in restructuring Calcutta’s Botanical Survey of India in 1951 on the request former Prime Minister Jawaharlal Nehru. She worked at the John Innes Horticultural Institute (1940-45), while she faced many obstacles in her career being a woman, but came out victorious in her field – especially through her work on sugarcane and aubergine.

Janaki was specialized in cytogenetics and her research work revolved around analyzing chromosome numbers in a variety of garden plants at England. Her tremendous work & discoveries in the field of botany have led to the understanding of the evolution of species, and types.

Girija in a statement said that they have always wondered about Janaki Ammal’s remarkable contributions to plant science – back in 1966, Viru started breeding roses. She wanted to study Indian rose species but was not sure on how to proceed and breed them, thus they turned to the book – ‘Chromosome Atlas of Cultivated Plants’ and started studying the ploidy in the rose species, she further added.

Girija further added that – Janaki did not get enough recognition for her work and died in oblivion. Her botanical research work has been remarkable so they felt they should definitely name the new Rose variety after her and honor her.

The couple said they bred Rosa clinophylla seedling and were testing it for many years, and they flowered in a medium-dark rich yellow color. They had read that Janaki wore saris of only this particular color in her later years – hence were very sure to name the Rose variety after her color.

The parentage of this rose is: Landora x [Montezuma x {Little Darling x ( R.clinophylla x R.bracteata)}]. It has been classified as a Grandiflora, yellow blend color, fragrant, a tall growing shrub, disease resistant and continuous flowering.

Before the Viraraghavan couples could finalize on the name – they contacted Dr. Henry Noltie of the Royal Botanic Gardens in Edinburgh, Scotland – who told them about told us about, Dr. Vinita Damodaran, Janaki Ammal’s great niece, who is Head of South Asian History at the University of Sussex, UK. Upon seeking permission from her – Dr. Vinita Damodaran gladly said a yes and was delighted to know Aunt is being honored in such a way.

Viru & Girija feel that this new rose hybrid can be a ‘pioneer’ in rose breeding, considering the fact that there exists very few rose varieties bred from Rosa clinophylla. Also, Rosa clinophylla is the world’s only tropical rose species and the center of its natural distribution is India.

Samples of this new Rose variety has been sent across to the John Innes Institute, the Royal Horticultural Society’s gardens in Wisley, and in the Botanical Survey of India’s gardens – places associated to Janaki Ammal.

Janaki’s educational career started in India with a Bachelor’s degree and Masters degree in Botany from Presidency College in Madra in 1921.

She moved to the US a decade later, wherein she became the first Indian Women to receive a Ph.D. degree in Botany from the University of Michigan.

Despite all this success, she still faced discrimination at work which led her to move to John Innes Horticultural Institute in 1940. She settled there and had experienced World War II. As per records she used to hide under her bed during wartime bombings.

As per records, it is said that Janaki had smuggled a palm squirrel named ‘Kapok’ into the UK when she arrived from the USA and the Kapok lived with her at the John Innes Horticultural Institute for many years.

Later she worked closely with Director, C.D Darlington and collaboratively published – Chromosome Atlas of Cultivated Plants’, in 1945 which is a key book for all plant scientists across the globe.

After returning to India, she continued her research career at the Sugarcane Breeding Institute in Coimbatore, where she was instrumental in selecting the best varieties for cross-breeding to produce the sweetest sugarcane while also analyzing the geographical distribution of sugarcane across India. 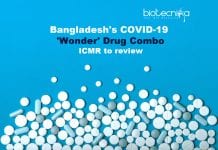 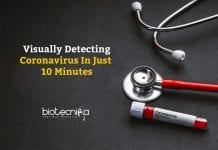 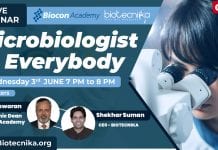