Home Biotech News Bigger the Brain Smarter You Are? Scientists Have Found the Answer 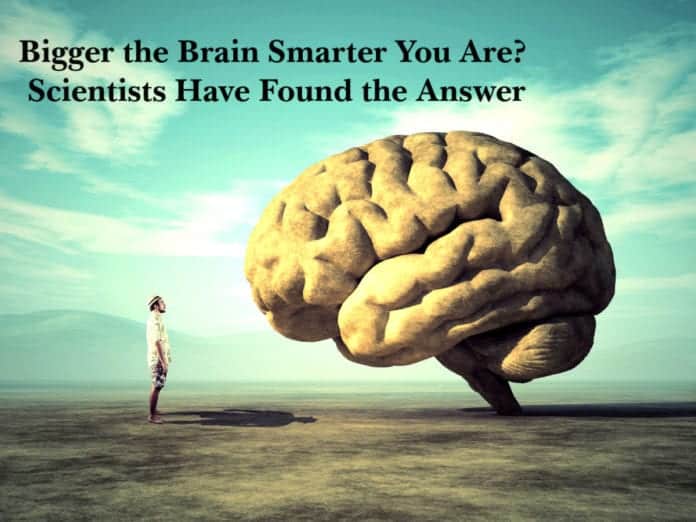 Bigger the Brain Smarter You Are? Scientists Have Found the Answer

Group of neuroscientists at the University of Cambridge have predicted an “ideal” brain circuit size required to execute specific tasks. In a study published in PNAS journal, they explain how ‘neural circuits’ can utilize additional connectivity to attain faster & precise learning capacity.

As per the study, ‘redundant’ neurons – the cells responsible for our brain functionality along with synaptic connections – that coordinated the flow of information from one neuron to another, when added to a network becomes a double-edged sword. On the one hand, an increase in connectivity can make a task easier to learn. While On the other, because of inherent noisiness in signal-carrying connections, increased connectivity will eventually hinder both learning and task performance once a circuit exceeds a certain size.

The findings of this study suggest that the existence of a possibility – why excessive numbers of noisy connections can lead to learning disorders that are associated with brain hyperconnectivity, including some developmental forms of autism.

In a statement by Dr. Timothy O’Leary, Lead Author of the study who is a Lecturer in Information Engineering and Medical Neuroscience, “Our research shows that adding ‘spare’ or redundant connections to brain circuits can, in fact, boost learning performance. These additional connections – which don’t appear strictly necessary for brain function – can make a new task easier to learn.”

“However, we found that if each new pathway adds ‘noise’ to the signal it transmits, the overall gain in learning performance will eventually be lost as a circuit increases in size. We can predict, therefore, that there is a so-called ‘sweet spot’, an ideal brain circuit size that suits a particular task. While evidence points to the fact that larger brains tend to be found in species with higher cognitive function and learning ability, brain circuit size may ultimately be constrained by the need to learn efficiently with unreliable synapses. In short, adding neurons and connections to a brain can help to learn – up to a point. After that, an increase in size could actually impair learning.” said Timothy.

As per reports, the research was funded by a European Research Council (ERC) grant FLEXNEURO (716643).

This article has been adapted from the original post at the University of Cambridge.