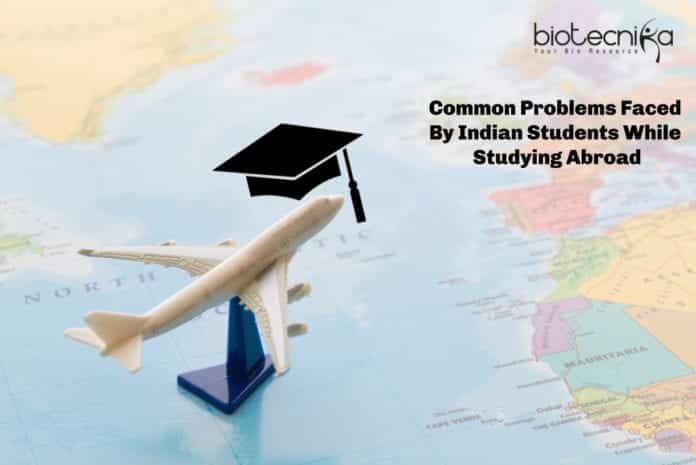 Everyone for once in life has that stary dream of pursuing higher studies abroad. It looks very fancy but once you step in my friend you will get to know the reality. No, No I am not trying to scare you here. This Article will be focussing on the different attributes of difficulties that the Indian students face when they land upon any Foreign land for their higher studies. The students have to face different genre of challenges starting from Cultural which turns out to be the most intricate one followed by communication skills, time management, money management to mention a few. But studying abroad also presents a distinctive opportunity to upgrade academically, professionally, and personally while going on a lifetime adventure. There are a lot of benefits in studying abroad; however, there are also numerous challenges. What is it like for an Indian student to study abroad? The truth is, it is not an easy job. However, everything that they go through is worth the effort. So we will be discussing a few facts which turn out to be a true provocation.

Till now we all were under the cuddling shade of our parents as far as financial management was concerned but now managing funds on our own, and that too in abroad, may seem like a daunting task. We really need to sagaciously chalk out our financial

management strategy when we are staying abroad as the new financial expenditure really becomes taxation at a new place and that too outside one’s own country. So it is very much important to get into the habit of sticking to our monthly budget that mostly queues up with rent, transportation, educational supplies, groceries, etc. So paying bills on time to avoid additional late fees becomes one of the most prior duties. Sometimes bagging a part-time job on campus to earn some extra bucks for other expenses is worthy decision for the students residing in abroad. One must always try to go abroad for higher studies via a scholarship/fellowship which will reduce our financial burden to quite an extent.

Communication is one of the major concerns for an Indian student residing in abroad and majorly it becomes the barrier in colleges and Universities. In these situations, perseverance is the only key and also we have to be patient to understand and adapt the local dialect and accent. However, if anyone migrates to a non-English-speaking country,

then he /she has to face a much tougher challenge and in this context, one has to be open to learning and exploring the language. So it’s best to learn the local language before you move. There are mobile phone apps that assist in learning a language. channels to practice the language. The main snag that the Indian students have to face on campus is simply their interaction with other international and American students and teachers. Some of the Indian students, who have graduated from an English medium and any reputed schools in big cities in India, but not belonging to small towns, literally struggle to converse with other students, particularly Americans. They are unable to understand any foreign expressions and accent, including idioms such as “I’ll take a rain check,” “you’re on the ball,” “I’m still finding my feet,” etc., words/phrases-“downtown,” “okra,” “check,” etc. Moreover, mainly Americans find it difficult to understand their accent, and the urge of repetition frustrate themselves them.

The inability to talk to and mix with other students may negatively influence their social existence, and they mostly end up forming a closed knit of friends consisting of only Indian students. This robs them from the opportunity to experience diversity on the campus, and that predominantly brings down the quality of their overall academic experience. The difficulties that persist with communicating with others also affect Indian students’ academic interactions and many of them get petrified to inquire any questions related to their subjects or answer teachers’ questions. They worry that their mentors might not understand them or that their inability to speak can invite ridicule from their classmates.

Yes, you read it right! Feeling homesick is the most habitual behavior for Indian students. The warmth of Mother’s mollycoddling, home-cooked food, Father’s words of wisdom, roguery with siblings, and hanging out with friends at the favorite places comes like frequent swinging memories. Surely it’s true that there is no place like home but one

cannot narrow down one’s horizons. Skyping, Video calling, these can at least bridge the gap of these separation pangs. It’s normal to feel homesick as long as it doesn’t hamper the experience of living abroad. Interacting with other international students and making friends can really fill the void. So the best way to combat such situations is becoming a member of some adventurous group or any other club of his/her interest.

Familiarise yourself with alien brands and products

There are some products without which our day-to-day life seems incomplete. So finding them abroad is a feeling of solace, so an adjustment to the new niche as soon as possible with suitable alternatives is the best way of survival strategy. The sooner one can avoid dependency on those products, the easier it will be for the individual to settle down and concentrate on the goal of achieving anything. There might be chances that in a pursuit to find a suitable alternative, one may slip upon an even a better product.

Once the vacation phase of the journey to a new distant and a brand new place gets over,

the slippage of a good social life starts haunting. The inner hankering to socialize becomes a very critical situation to bear with. Sometimes students just curse the decision of shifting to an alien country but somehow they pull themselves together and find ways to overcome the flood of emotions which they are going through. This situation can be surpassed only by means of using your best possible communication skills and making friends in your college and locality as well to fill the void.

Time management is an infuriating problem for Indian students on foreign campuses. Many of the Indians are not used to the habit of punctuality in their own country which makes

them unfit with foreign culture ending up with unfavorable consequences. As a result, the schedules for classes and meetings are frequently disrespected. The concept of time management is much discussed in India but it remains only on paper. Non-fulfillment to manage time affects academic preparations because the syllabi in any foreign schools/colleges are designed to be grasped over a period rather than in a feverish season of last-minute cramming. Students who ever have adopted an insouciant approach while in India find it difficult to suddenly organize them. Naturally, they are found lacking in assessments based on attendance, assignments, tests, quizzes, and the final examination that demand consistent diligence.

But it’s a well-versed statement that most Indian students manage their early plights quite well. A handful only goes on to excel in their fields, making their parents, happy and setting an example for other students going abroad. Many top universities have support systems in place as in the source of recreation, for instance, there’s an association of Indian students at MIT called Sangam. So using such resources on the university campus, the students get the opportunity to taste the cultural differences between Indian and foreign students.

Adapting to a new timezone

Initially getting accustomed to the new timezone may be a challenging situation. One’s biological cycle may take a severe beating and it will take some time for the body to get habitual to the new lifestyle. Also, there can be a time-shift issue in the working hours and that of your native country. Issues like calling your bank in the middle of the night to connect at their normal business hours, or waiting for your family at odd hours to have a word with them. So to avoid such situations there are certain time-keeping apps that are most frequently used by these students and gradually they get used to the time difference and things get easier on their own terms.

Lifestyle problems on the University campus

Of course, the most important priority that one need which is more than friends and fresh air is to survive, even on the beautiful campuses, and your favorite foods hit the top list of your priorities. No surprise then that “desi” food is usually what Indian students in the

Foreign Land appear to miss the most. The snacks they pack from home get consumed quickly, and newcomers go looking for Indian restaurants sooner rather than later. They literally hunt for good eateries and make Indian friends who can cook—vegetarians. In time, at least some of them manage to experiment with various Indian spices that get turned into eminently edible dishes. But all this while, the heart is ponderous with homesickness, despite the gadgets that bridge distances. Memorabilia work for some but worsens the longing in others. So food becomes the best medicine in these troubled times.

How to conquer these difficulties?

The only way to cope up with these difficulty listed above is to adapt, learn and use past experience to tackle the present ones.

Everything in life is a learning opportunity, and getting back home is a very crucial part of one’ overall experience in studying abroad. Without returning home, you will not be enforced to confront the newly found changes in yourself that you have suspected while you stay in abroad. The key is to take home with you the feelings of elation and liberty that you have found in your life abroad. So don’t get confused with the two locations as being polar opposites, whereby in one you are at your best self and in the other you are simply dwindling for the former.

P.S. Return trips are ALWAYS optional. You might consider moving abroad permanently or not forever but you never know the possibilities are endless! So now that you are ready to foresee common study abroad problems and take them in the tread, you can focus on what is most important – Having FUN. So enjoy your stay abroad!

This article has been contributed by Priyanjana Ghosh, Senior Professor at Biotecnika with specialization in Plant Biotechnology. She has been an ardent follower of trends in Biology. She has immense knowledge and interest in Life Sciences. We thank her for her valuable inputs. More such discussions will be published in the future on Biotecnika by her. 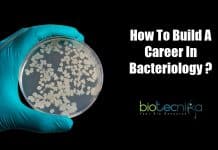 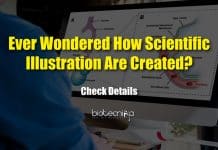