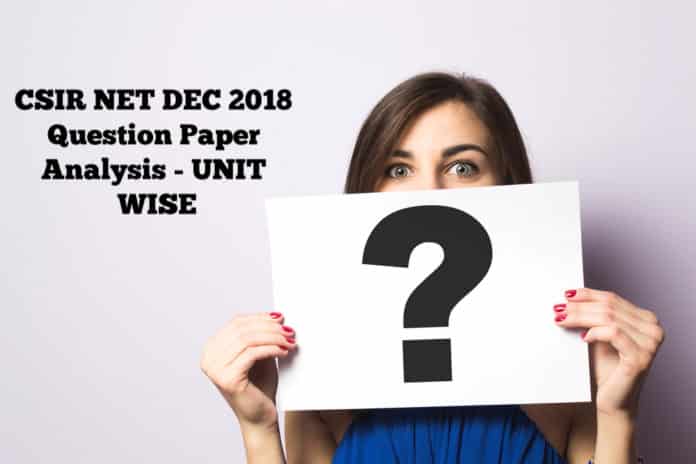 CSIR NET December 2018 question paper has seen a lot of new conceptual questions. From floral diagrams to bond energy specifications to specific experiment based questions, these concepts were comparatively new to the aspirants. It must also be noted that unlike the last few examinations, this time, there were very few or negligible repetitions in the question concepts. As the number of fellowships awarded has increased since the last two examinations, the chances of qualification seem bright this time as well.

A depth analysis of the question pattern has been done and the expected cut-off seems to be in the same range as before i.e., 48% for LS and 53% for JRF in the general category. Relaxation would be as per government rule. Overall, the difficulty level has significantly gone up and new experiment based analytical questions seem to be dominant in this session’s questionnaire.

Below is a Unit wise analysis of CSIR NET Dec 2018 question paper:

Part A – General aptitude had a mixture of formula-based questions and graphical analysis. There were correlation graph questions that can test the analysis power of a student and interpretation of laboratory experimental data. Probability, percentage, series were also a part of this examination. The difficulty level was 60%.

Unit 1 – As always Ramachandran plot, enzyme kinetics, biomolecular structure, and analysis were a part of the questions from Part B. One numerical alone from the Melting point of DNA was seen, while rest of the questions were analytical and informative. No major questions were seen from pH buffer, thermodynamics or protein charge calculation. Difficulty level was 40%.

Unit 2 – Cell cycle gained back its importance with this exam, followed by cytoskeleton and protein localization. The questions were relatively easy to attempt and would guarantee a score increase. Microbial physiology was untouched. Difficulty level was around 20%.

Unit 3 – This time unit 3 will appear scoring to those who have their concepts clear. Part B questions were somewhat direct but part C mostly had conceptual questions, where a thorough knowledge of the subject is required to analyze this section. The difficulty level was 50%.

Unit 4 – A lot of questions were found from immunology, cell signaling, and cancer. Bacterial chemotaxis and cellular junctions were also included. However, direct questions from host-parasite interaction, apoptosis were left amiss. Questions were very straightforward and scoring. Difficulty level was 20%.

Unit 5 – New set of concepts were seen in this area. There were fresh experiment based questions. Regeneration, fertilization and usual questions from C. elegans were present and very few questions from plant developmental biology were there. However, stem cell, neural development were seen as an addition. Difficulty level for this part was 50% and has increased significantly than the last few exams.

Unit 6 – Quite a good number of questions were there from unit-6 this time. Part B based questions were direct and easy to attempt but the pattern for part C has changed a bit this time. A lot of application and specific example based questions has set a new trend in the pattern in December 2018 examination. Simple concepts of C3 and C4 mechanism of photosynthesis has been given specifically with examples of sorghum and wheat, which made the question actually difficult as it needed to know which one is an example of C3 or C4.

Unit 7 – A good number of questions came from neural conduction and circulatory system. There was disease based analytical question, where the knowledge of symptoms and organ functions were required. There were few direct questions and the overall difficulty level was 50% making it easy for para-medicine background students to clear the exam.

Unit 8 – a scoring section for all time, unit 8 has maintained its standard in this exam also. Part B questions were almost direct and part C had a mixture of both easy and difficult questions. There were some common questions, like those based on the microbial mapping. However, this time questions of new patterns were also found like the one based on polymorphic DNA. The difficulty level for this section is 40%.

Unit 9 – Most of the questions were based on the classification and characteristics of the different taxa of both animal and plant kingdom. Questions were quite direct. Difficulty level 20%.

Unit 10 – The question in this section was mostly theoretical. Part C had application based questions but they were not very difficult. A lot of questions have been set from this section, so this part should be a scoring part. Difficulty level 40%.

Unit 11 – Very few questions have been set from this section but they were quite a direct type. The difficulty level for this section is 10%.

Unit 12 –This time unit-12 should be the savior unit for CSIR. Questions from Agrobacterium-mediated gene transformation, Gene knock out with Cre-LoxP and NeoR/G-418 had given a well-defined scope to score in both parts B and C.

Unit 13 –Questions was of mixed type from unit-13.There were partial scoring questions from Microscopy, Biostatistics, Immunotechniques, and Molecular biology. Quite difficult level questions based on specific examples like the application of MALDI-TOF in detecting some specific states of Cysteine and Methionine and detailed NMR-Spectra based questions have changed the scheme. 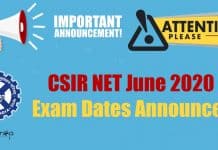 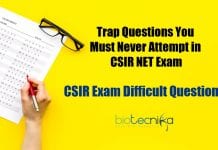 50 CSIR NET Trap Questions Example – You Must Never Attempt These In Exam! 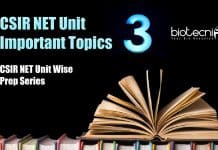 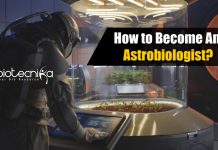 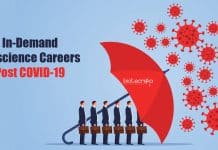 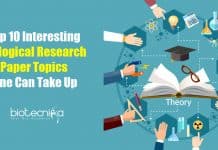 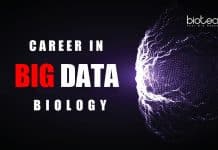