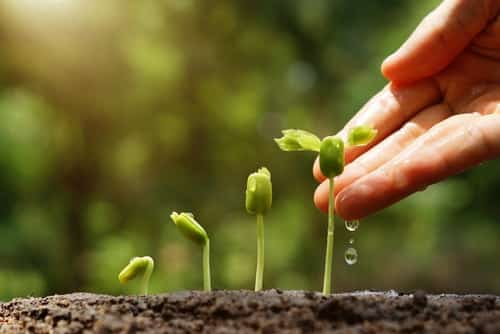 Auxin is a hormone found in plants that is responsible for growth. Previously, Auxins are believed to be commonly responsible for sending signals in the cell nucleus to shape embryos and regulate gene transcription as plants grow.

However, the latest study led by Jiří Friml, a scientist at the Institute of Science and Technology Austria (IST Austria) reveals that it is not its only mechanism. According to Friml, Auxins are also essential in enabling adaptation of root growth direction in as much as it is vital for the plant’s growth.

“As seeds germinate, the roots of the plant quickly establish direction and bend in one direction to grow deeper inside the soil,” says Friml. “The Auxins allow the roots to bend only on one side while inhibiting the other side so that it can concentrate in one direction.”

New discovery out of an old pathway

Friml explains that this is not the first time that the group has studied the TIR1 receptor. “We’ve already conducted a similar study using the same mechanism but the only difference in this study is that we are trying to prove that the signaling is non-transcriptional, says Friml.

According to Friml, they were able to prove that their study is non-transcriptional but like their previous study, they cannot do away the original transcription pathway. Consequently, the old pathway is still needed for the mechanism’s success.

Auxins through a flipped-over microscope

Friml’s team was able to observe the new mechanism through a flipped microscope. To fully capture the reaction time, the team had to quickly change the solution which the roots grow in. Instead of applying the Auxins and mounting them directly on the microscope, which is the traditional way, the team lets the roots grow in microscopic channels filled with the desired liquid.

Matyáš Fendrych, leading author of the study says that using the traditional method would lose them a lot of time. “With the innovative method that we’ve developed, it is easier to change the Auxins concentration and directly measure the root’s reaction, says Fendrych.