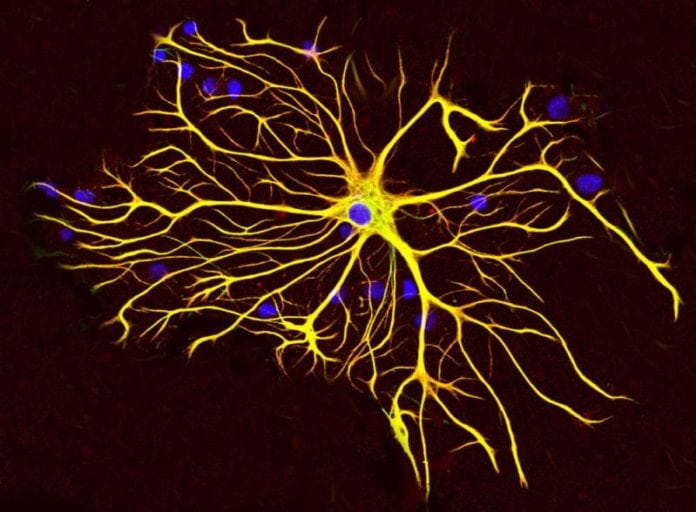 Little molecule-induced reprogramming is a spatiotemporally elastic and non-integrative strategy for changing cell destiny, which can be, in principle, beneficial for its in vivo reprogramming in organs using inferior regenerative abilities, like the brain.

Now, scientists at the Peking University Health Science Center have developed a drug injection that they believe could facilitate the conversion of pre-existing cells whose function is to support neurons into neurons themselves.

“Our study is the first to demonstrate that defined combinations of small molecules can induce the in vivo chemical reprogramming of astrocytes into functional mature neurons with electrophysiological characteristics. Importantly, these in situ-generated [chemically induced neurons] could functionally interact with resident neurons in the brain,” lead author Hongkui Deng and his colleagues at Peking University Health Science Center wrote in a pre-print manuscript.

In the present study, a small-molecule cocktail was transfused into mouse forebrains for 2 weeks having a little medication pump.  Brain samples obtained eight months later revealed that a high proportion of the astrocytes close to the transfusion website had morphed to the telltale neuron form and started generating neuron-specific proteins.

And the samples obtained from mice that dwelt for one-year post-infusion demonstrated that the astrocyte-to-neuron conversion may continue long term, with no retreatment.

A collection of experiments then affirmed the CiNs could create electrical nerve impulses, or action potentials, which underlie neuron-to-neuron communicating as rapidly as six months following injection and formed synapses with neighboring neurons.

“If it holds up it’s absolutely amazing, and has a lot of potential applications and exciting consequences,” developmental neurobiologist Matthew Grub told New Scientist.

“[But the] chance of this being dangerous is greater than the potential benefits,” says Grubb. “You’d have to have extremely good control over what cells you’re programming, where they’re going to go, and which cells they’ll connect to.”