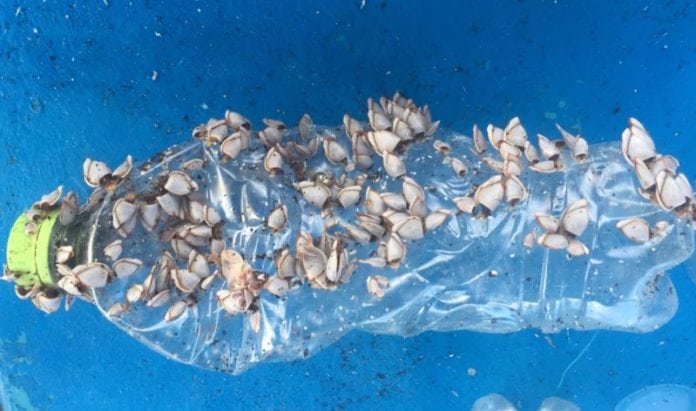 The Galapagos Islands were declared a World Heritage Site in 1978 but are currently facing the scourge of plastic waste. The Galapagos Islands- 965 km (600 miles) from the coast of Ecuador- best known for bolstering Charles Darwin’s concept of evolution and natural selection, are now neck-deep in a plastic catastrophe.

A great deal of plastics are washing up on the archipelago’s beaches and endangering the thousands of species which reside there, a number of which thrive nowhere else on Earth.  Microplastics also have been found in the sand, demonstrating a danger to smaller species.

In accordance with an exclusive ITV report, the plastics difficulty from the Galapagos represents a exceptional opportunity to target the origin of the plastic and stem the tide of waste. The Galapagos Islands are home to a few of the most diverse and unique ecosystems on Earth; which is the reason it drew in Charles Darwin who employed finches on the island to determine the way the species evolved with its surroundings.

The islands are protected, but today the existence of plastic onto the beaches of the Galapagos is a significant threat to the numerous endangered and special species residing there.

Nearly all plastic discovered the investigators at University of Exeter who are determining this impact of plastics in the Galapagos say, could be attributable to South America and the Pacific.

Plastic bottles appear to be the largest issue (at least in terms of number) and lots of feature Asian wordings.  But experts do not think debris could travel from as far as Asia.  They think it could probably be the case of these bottles being disposed by passing fishing and commercial vessels.

However, the issue does not stop at bags and bottles. As plastic disintegrates, it releases microparticles which are far more difficult to eliminate. Even though there isn’t enough research on the effects of microplastics yet, various studies have revealed that they can be more poisonous to the fish and birds that consume them.

Below is the Full Report by ITV: