Norovirus could fittingly be nicknamed the nasty virus. The virus had it coming. Noroviruses are the leading cause of non-bacterial gastroenteritis in the world and are estimated to cause 267 million infections and 20,000 deaths each year.

Although often referred to as the “cruise ship” virus in the United States, noroviruses are an expensive and serious public health problem particularly among young children, the elderly, and immune-compromised patients.  It causes severe diarrhea, nausea, and stomach pain.

While most infected people clear the virus within a few days, some individuals continue to shed virus for weeks to months after. Such persistently infected people may be a source of outbreaks, but it was unclear why the immune system fails to eliminate the virus in these cases. 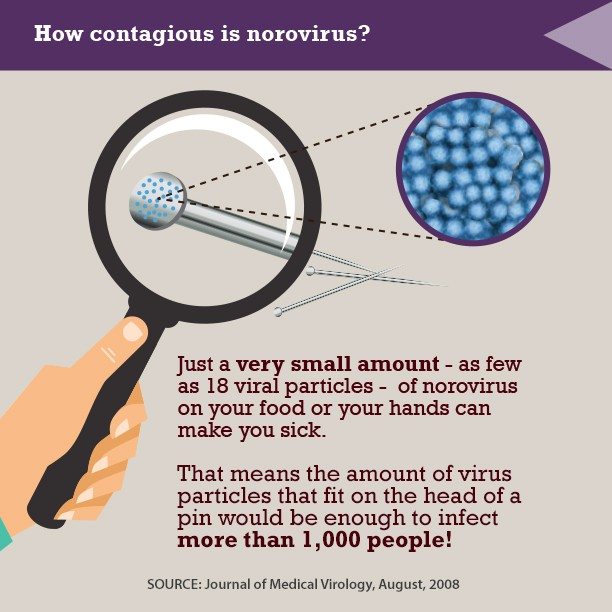 Current vaccines against norovirus have been ineffective despite eliciting strong antibody responses. And understanding the unique and equally intimidating properties of these viruses hiding from the host immune system may explain its biology and present opportunities to improve vaccines and therapeutics.

Now, researchers at Washington University School of Medicine in St. Louis have shown, in mice, that the virus infects a rare type of intestinal cell called a tuft cell, so named because each cell sports a cluster of hairlike extensions on its surface.

While these cells are few in number, the scientists’ findings indicate that once the virus strikes, such cells multiply the virus quickly and set off severe infections. They suggest targeting tuft cells with a vaccine or a drug may be a viable strategy for preventing or treating norovirus infections.

“Norovirus is one of the deadliest human pathogens that we know the least about,” said first author Craig B. Wilen, MD, PhD, an instructor in pathology and immunology. “Of the viruses worldwide for which there are no antiviral drugs or vaccines, norovirus arguably kills the most people. This study provides a therapeutic avenue to explore.”

Since the human noroviruses aren’t easy to grow in lab conditions, the team employed animal models to study them. “We were most surprised that the virus infects such a rare cell type and that even with so few cells infected, the infections can be intense and easily transmitted,” Wilen said. “In a single mouse, for example, maybe 100 cells will be infected, which is very few compared with other viruses such as the flu.”

Tuft cells are thought to help detect parasitic infections in the body, and they trigger an immune response against the parasites. But, paradoxically, this immune response may be a boon for norovirus. The immune response leads to a five- to tenfold increase in the number of tuft cells, allowing norovirus to replicate more efficiently, the researchers said.

Treating the mice with a powerful broad-spectrum antibiotic cocktail decreased the number of tuft cells and the risk of norovirus infection. But, Wilen cautioned, the antibiotics used in the study would not be practical to give to patients because they would deplete gut microbes that keep the body healthy.