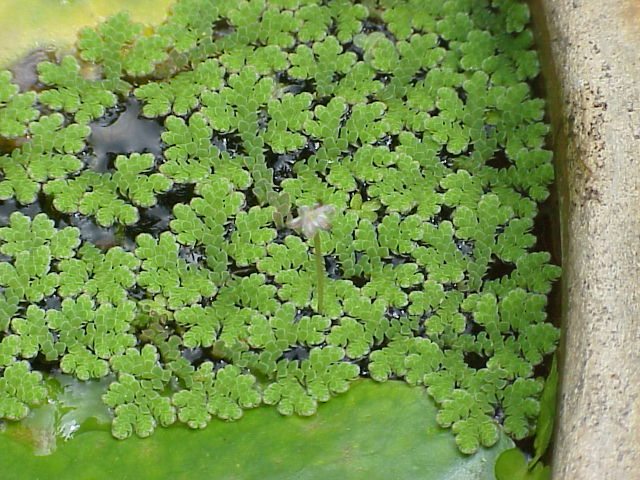 Fifty-five million years ago, when scientists believe the Earth was in a near-runaway state, dangerously overheated by greenhouse gases, the Arctic Ocean was also a very different place. It was a large lake, connected to the greater oceans by one primary opening: the Turgay Sea.

When this channel closed or was blocked nearly 50 million years ago, the enclosed body of water became the perfect habitat for a small-leaved fern called Azolla. Imagine the Arctic like the Dead Sea of today: It was a hot lake that had become stratified, suffering from a lack of exchange with outside waters. That meant its waters were loaded with excess nutrients.

Azolla took advantage of the abundant nitrogen and carbon dioxide, two of its favorite foods, and flourished. Large populations formed thick mats that covered the body of the lake. When rainfall increased from the changing climate, flooding provided a thin layer of fresh water for Azolla to creep outward, over parts of the surrounding continents.

Azolla bloomed and died like this in cycles for roughly 1 million years, each time laying down an additional layer of the thick blanket of sediment that was finally found in 2004 by the Arctic Coring Expedition.

Now, this mighty, legendary fern is aiding a student startup at Kerala boost the production of cattle milk.

As a solution to the country’s lacking poultry nutrition, students of MET’s School of Engineering in Mala identified the importance of Azolla, an aquatic fern found commonly in India covering large water surfaces, and used it to begin a startup venture.

21-year-old Nikhil VM, a third-year student at the institute along with a bunch of his friends started out by promoting variants of dried and green Azolla- which in turn was found to be extremely wholesome given the fern’s ability to grow at lightning speed across the water and provide wholesome nutrients thereby facilitating its use as a form of livestock feed and come to the rescue of poultry and dairy farmers.

“The idea came because there are a lot of poultry and dairy farmers near our college. We see them every day. But they were using ordinary livestock feed which had no micronutrients at all. So we thought of experimenting with Azolla,” says Nikhil, who took the idea via his college professor to the Kerala Startup Mission (KSM).

To convince KSM for funding to take the product forward, the students built a temporary tank on their college terrace to grow Azolla. “Getting the seeds was the toughest part. We couldn’t get them anywhere. Finally, we found a farmer who had grown it in a small tank. We bought some from him,” says Nikhil.

“We got really good feedback. The dairy farmers said they could notice a rise of 20 per cent in milk production from a cow after they used our Azolla,” Nikhil told The Indian Express. “Farmers don’t know the importance of Azolla. There’s no awareness. We want to go and tell them about its benefits.”

Whereas the team is not looking at numbers at the moment, they do intend toscale up production, in order to help more dairy and poultry farmers in Kerala in the near future.