DNA We Considered “Junk” Helps Hold the Genome Together

Junk. Barren. Non-functioning. Dark matter. That’s how scientists had described the 98% of human genome that lies between our 21,000 genes, ever since our DNA was first sequenced.

It had been believed that the human genome — the underpinnings of the blueprint for the talking, empire-building, socially evolved species that we are — would be stuffed with sophisticated genes, coding for critical proteins of unparalleled complexity. But what was found was that perhaps 97 percent of its 3.2 billion bases—had no apparent function. The “Book of Life,” in other words, looked like a heavily padded text.

“But we were not quite convinced by the idea that this is just genomic junk. If we don’t actively need it, and if not having it would give us an advantage, then evolution probably would have gotten rid of it. But that hasn’t happened,” said lead author Professor Yukiko Yamashita, from the University of Michigan Life Sciences Institute.

Researchers now indicate “junk” performs the vital function of ensuring that chromosomes bundle correctly inside the cell’s nucleus, which is necessary for cell survival. And this function appears to be conserved across many species.

Professor Yamashita and co-authors decided to see what would happen if cells could not use this pericentromeric satellite DNA.

The team, in the course of their study decided to try the prospect of an absent satellite DNA. After removing D1, a protein known to bind to satellite DNA, from fruit flies, researchers quickly noticed that germ cells (which develop into sperm or eggs) were dying.

The molecules, they determined, attach to DNA to pull chromosomes together in the nucleus; if D1 cannot grab the DNA, the cell loses its ability to form a complete nucleus and, ultimately, dies.

“It’s like forming a bouquet,” Yamashita, also a professor of cell and developmental biology at the U-M Medical School, said. “The protein has multiple binding sites, so it can bind onto multiple chromosomes and package them together in one place, preventing individual chromosomes from floating out of the nucleus.”

Additional experiments showed that in the dying cells, micronuclei, tiny buds outside of the nucleus that contain pieces of the genome, were forming. Since the whole genome was no longer present in the nuclei of those cells, they died.

The scientists hypothesized that D1 binds to the satellite DNA, pulling all of it together in the nucleus. When D1 is unable to do so, the cell’s nucleus carries a genome with missing pieces, killing the cell.

The results lead Yamashita and her colleagues to conclude that so-called Junk DNA is essential for cellular survival, not just in model organisms, but for any species that embeds DNA into the nucleus – even humans. 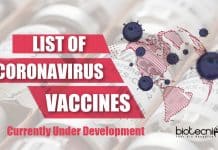 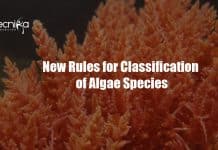 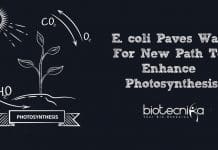