In a First, Scientists Grow Human Eggs to Maturity in Lab

The rapid pace of research in the areas of fertility and reproduction raises some mind-boggling questions about the future. Now, in this direction, scientists studying fertility have had a breakthrough- they were able to grow precursors to human eggs to full maturity outside the body for the first time in a fascinating study.

The breakthrough could eventually help women preserve their fertility after cancer treatment, or help those with naturally occurring infertility.

Scientists removed egg cells from ovary tissue at their earliest stage of development and grew them to the point at which they were ready for fertilisation, according to the study published in Molecular Human Reproduction.

“Apart from any clinical applications, this is a big breakthrough in improving understanding of human egg development,” Evelyn Telfer, a developmental biologist and co-author of the paper describing the study that’s been on since the past 30 years.

Scientists have previously developed mouse eggs to produce live offspring and matured human eggs from a late stage of development. But this study is the first time a human egg has been developed in the laboratory from its earliest stage to full maturity, researchers say.

In the course of this study, researchers from Edinburgh and New York describe how they took ovarian tissue from 10 women in their late twenties and thirties and, over four steps involving different cocktails of nutrients, encouraged the eggs to develop from their earliest form to maturity.

They carefully extracted the fragile, immature eggs and some surrounding cells from the follicles, and allowed them to further mature on a special membrane in the presence of more growth-supporting proteins. In the end, just nine of these eggs passed the final test for maturity—they were able to divide and halve their chromosomes so they were ready to join with sperm during fertilization.

“Being able to fully develop human eggs in the lab could widen the scope of available fertility treatments,” said Prof Evelyn Telfer. “We are now working on optimising the conditions that support egg development in this way and studying how healthy they are. We also hope to find out, subject to regulatory approval, whether they can be fertilised.”

Prof Daniel Brison, of the department of reproduction at the University of Manchester, said it was “an exciting breakthrough which shows for the first time that complete development of human eggs in the laboratory is possible, more than 20 years after this was achieved in mice.

“As the authors acknowledge, there is much more important research still to do, but this could pave the way for fertility preservation in women and girls with a wider variety of cancers than is possible using existing methods.” 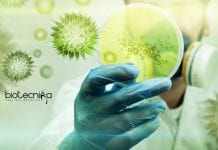 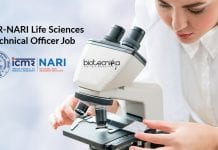