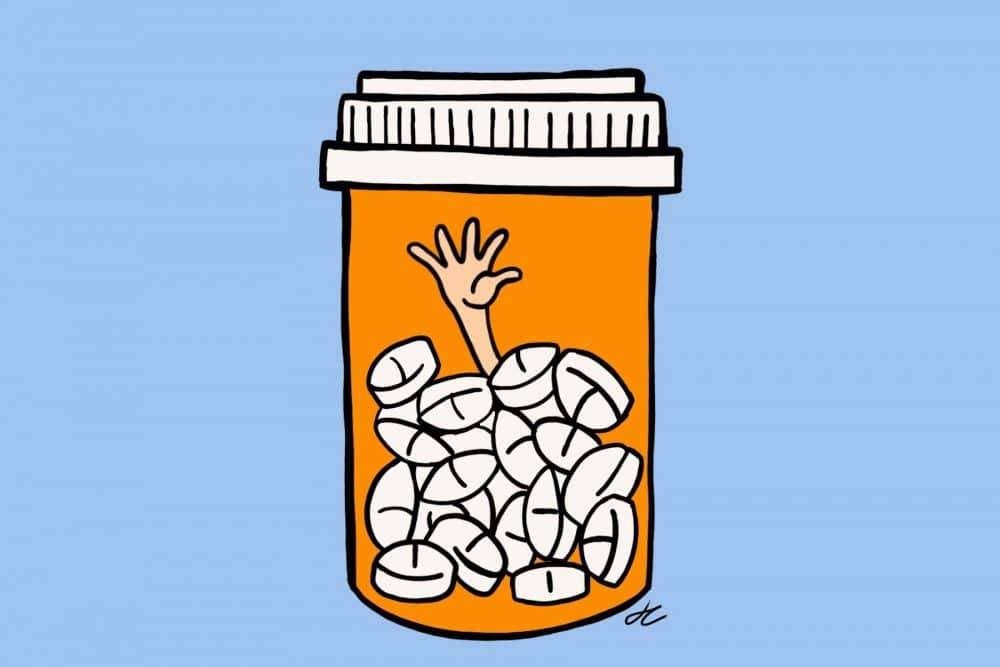 The very prospect of non-addictive alternatives to morphine and other opioids; safe and effective substitute painkillers is relieving.

In 2015 alone, more than 15,000 deaths were blamed on overdoses of commonly prescribed opioids, according to the U.S. Department of Health and Human Services.

As public health officials work to address the problem, scientists are laboring to develop opioid alternatives that can relieve pain without causing dependency and other adverse side effects.

Now, an international team of researchers led by those at the University of North Carolina, have solved the crystal structure of the activated kappa opioid receptor bound to a morphine derivative. The international team captured the crystal structure of the kappa opioid receptor — critical for providing pain relief — in action on the surface of human brain cells. The researchers also made another important discovery: a new opioid-based compound that, unlike current opioids, activates only the kappa opioid receptor, raising hopes that they may develop a painkiller that has no risk of addiction and, therefore, none of the devastating consequences and side effects that accompany it.

Not the opioids, but opioid receptors—the proteins the drugs latch onto within the body- are what’s at the centre of focus in an attempt to tackle the Opioid crisis. These receptors embed themselves in the walls of cells throughout the brain and peripheral nervous system. There, they serve as cellular gatekeepers, unlocking not just the painkilling properties for which opioids are prized, but the severe, addictive, and often lethal side effects. 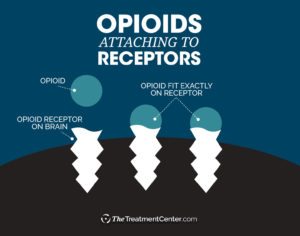 “The idea in the field for many years has been to make an opioid that provides beneficial analgesic properties without the harmful side effects,” says pharmacologist Bryan Roth, a physician researcher at University of North Carolina School of Medicine.

Roth adds that understanding the structure of the kappa opioid receptor, and how it interacts with opioids, could help scientists develop drugs that bind only to that particular protein, resulting in far safer painkillers.

Scientists have identified four opioid receptors, which they’ve named mu, delta, kappa, and nociceptin. But drugs like fentanyl, heroin, morphine, and oxycodone are particularly fond of the mu opioid receptor- which is a problem. Because while the mu receptor facilitates these drugs’ analgesic properties, it’s also responsible for their addictive and deadly side effects.

The kappa opioid receptor doesn’t appear to have that issue. Like mu, kappa can mediate pain relief. But its side effects (namely hallucinations and dysphoria, the medical term for a general state of unease) are non-lethal. Plus, a growing body of evidence suggests that the right drug acting at the kappa receptor could trigger signaling pathways relevant to therapy, without activating those associated with sketchy side effects.

To test the theory, the team explored the structures of various molecules known to interact with the kappa opioid receptor, as well as looking at how certain molecules interact with receptors whose structure had been tinkered with.

Receptors are proteins on the surface of cells and presently, about 40 percent of drugs in the market target G-protein coupled receptors, or GPCRs, such as KORs. Typically, scientists have solved the chemical structure of proteins using a technique called x-ray crystallography. They first figure out the best way to force the protein to condense into a tightly packed crystal lattice, then shoot x-rays at the crystal, and finally calculate the protein’s structure based on how the x-ray beams change direction.

But then, it’s very difficult to do this with opioid receptors because they are so small and delicate, and they do not sit still when bound to a ligand, or drug-like compound. And the exact moment a scientist would want to see the structure of the activated receptor is when it is bound to a compound that will then cause a biological effect, like a key opening a door.

Therefore to overcome this difficulty, the team used Lipidic Cubic Phase crystallization – suspending KOR molecules in specially designed water-lipid mixtures and then slowly removing the water. Then, in order to be sure the receptors were sitting perfectly still, the researchers employed a variety of experimental tricks, including the use of a tiny antibody to “prop up” the receptor in its active state bound to a ligand – a derivative of morphine created by Sush Majumdar, PhD, at Memorial Sloan Kettering Cancer Center. In this way, they figured out this derivative called MP1104 would work after screening dozens of similar candidates from the same class of drugs.

Once they had the crystal structure in hand, the scientists were able to witness parts of the receptor which were important for binding to drug-like compounds. Collaborators at the University of Southern California led by Dr. Vsevolod Katritch used computer models of ligands to see which parts they could chemically modify to make the ligands more likely to bind tightly to KORs but not to other receptors. With those modifications made, they synthesized a new compound and showed in lab tests that it is extremely selective for KORs.

Roth said the findings allowed the team to design and produced a drug that interacted only with kappa opioid receptors – although the team note that it has only been tested in cell cultures so far.

“We have already found the structure of the inactive kappa opioid receptor highly useful for discovering potential candidates for a new painkiller,” Katritch said. “Now with the structure of the active receptor, we have a template for designing new types of pain medications that have no disruptive side effects for patients and would reduce the burden that opioid addiction has placed on society.”

However while the development holds promise for drug development, it is unlikely to provide new options in the short term; Roth notes it will be some years before such drugs are available to patients.