NOMINATIONS FOR BIOTECH PRODUCT, PROCESS DEVELOPMENT AND
COMMERCIALISATION AWARD 2018
(TO BE PRESENTED ON TECHNOLOGY DAY, 11TH MAY 2018)

The Department of Biotechnology (DBT) invites nominations from scientists/ innovators/
entrepreneurs/ institutions/companies both in public as well as private sector towards development and commercialization of process/technology/product in the areas of biotechnology and biological sciences including agriculture, medical and environmental sciences.

Nature of the Award:

Upto five awards shall be given every year. Each award will carry a cash amount of Rs 2.00 lakhs along with a citation. Rs 5.00 lakhs would be given if the product is commercialized and has much higher impact of utilization in the country.

Recognition of outstanding contributions of scientists / innovators / entrepreneurs/ Indian institutions & companies both in public as well as private sector for a new process, product development and commercialization of a technology or a product in the areas of biotechnology and biological sciences including agriculture, biomedical and environmental sciences.

The applicants should be a citizen of India, or an Indian institution or an Indian company and be actively involved in the development of biotechnology processes, products and commercialization of technologies or product based on indigenous research.

Authorities who can make Nominations:

The scientists, innovators and entrepreneurs, institutions and companies engaged in the areas of biotechnology and biological sciences including agriculture, biomedical and environmental sciences can be nominated by the members of Scientific Advisory Committee of the Department of Biotechnology (SAC-DBT), Standing Overseas Committee (SAC-O) of the Department of Biotechnology, Vice-Chancellors/Directors of Universities/Deemed Universities; Chairman, UGC; Director-Generals/Heads of agencies such as CSIR, ICAR, ICMR, DRDO, etc; Directors of National Research Institutions/Laboratories, Presidents of scientific societies and academics of all India
character; Secretaries of S&T departments/user-ministries such as DST, DSIR, Ministry of Earth Sciences, Environment & Forests, New and Renewable Energy, Atomic Energy, Space, Commerce, Industry, Agriculture, Rural Development, Health & Family Welfare, HRD, etc., Advisor/Member (science) Niti AAyog, Heads of Industry/Biotech/ Pharmaceuticals Associations such as FICCI, CII, ASSOCHAM, AlBA, IDMA, etc. and reputed voluntary non-government organizations. Nominations will have to be sent in the prescribed proforma. The nominations from individuals/institutions/companies sponsoring their own names will not be considered.

The details of the Award, eligibility criteria, and proforma for nomination are available at.
http://www.dbtindia.gov.in

The nominations (2 copies) neatly typed in double space on plain paper in the prescribed proforma complete with enclosures should reach on or before 16th February, 2018 to Mr. J.K. Dora, Under Secretary, Department of Biotechnology, 5th Floor, Room No. 523, Block-III, CGO Complex, Lodhi Road, New Delhi – 110 003 Ph.No.011-24364088 E-mail: [email protected]. The soft copy of the nomination may also be sent simultaneously through email positively, in which the particulars of nominations may be made in Ms-Word .doc file.

Application Deadline – on or before 16th February, 2018

Editor’s Note: For more such notifications, and information to be delivered into your inbox on the daily, make sure you are subscribed to the Biotecnika Times Newsletter. It is a free of cost subscription service that you can avail by signing up for it just the one time. You can also follow us on all of our social media profiles to keep up with the latest. 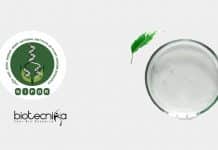 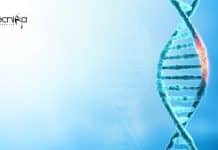