Meteorite Metal that obliterated Dinosaurs Could Help Us Send Cancer

Sixty-five million years ago, the last of the non-avian dinosaurs went extinct. So too did the giant mosasaurs and plesiosaurs in the seas and the pterosaurs in the skies. Plankton, the base of the ocean food chain, took a hard hit. Many families of brachiopods and sea sponges disappeared. The remaining hard-shelled ammonites vanished. Shark diversity shriveled. Most vegetation withered. In all, more than half of the world’s species were annihilated. 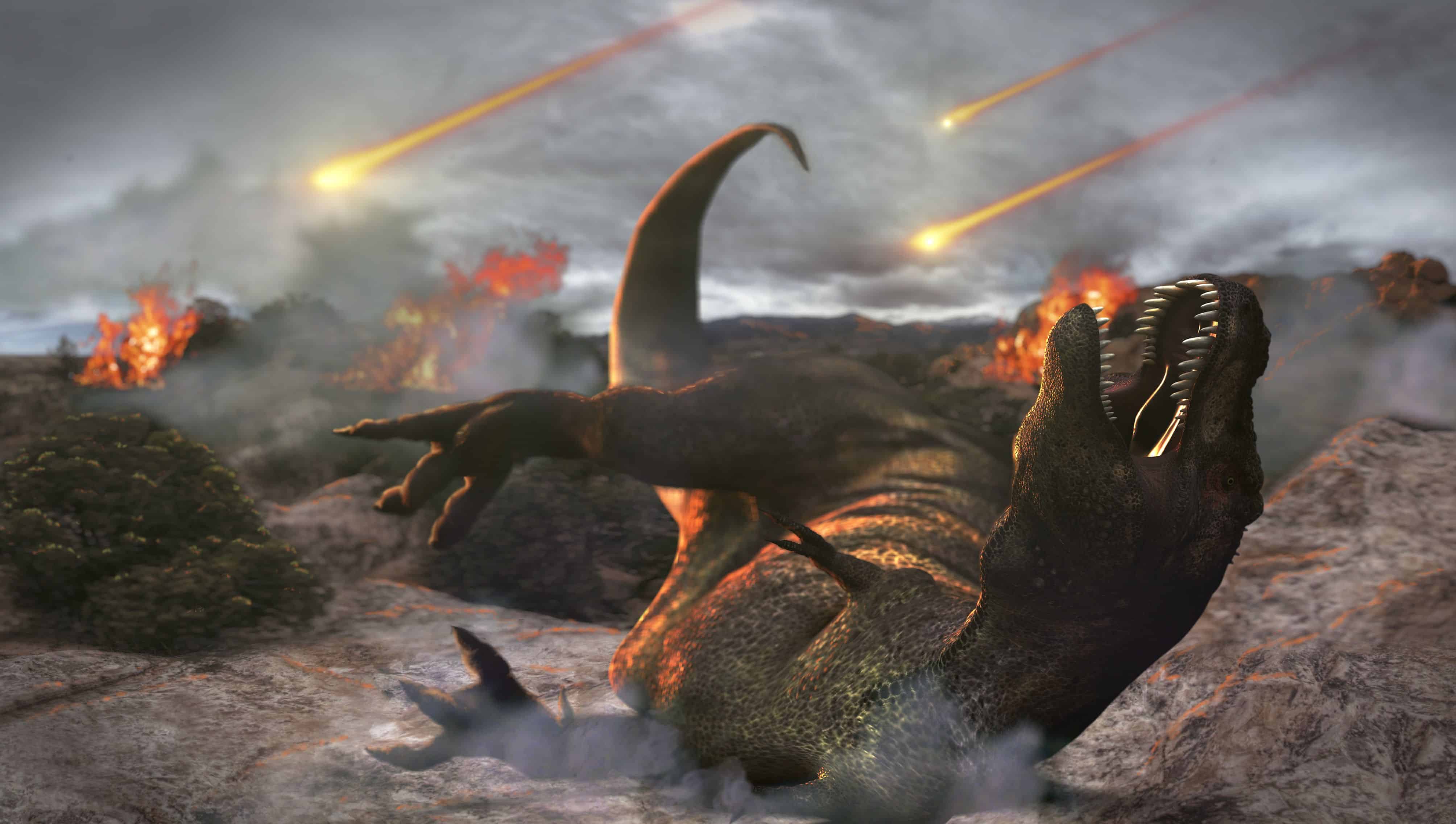 The whole extraterrestrial impact theory that set in motion this mass extinction event stems from the discovery that a layer of rock dated precisely to the extinction event is rich in the metal iridium.

This layer is found all over the world, on land and in the oceans. Iridium is rare on Earth but it’s found in meteorites at the same concentration as in this layer. This led scientists to postulate that the iridium was scattered worldwide when a comet or asteroid struck somewhere on Earth and then vaporized.

And now, scientists at the University of Warwick suggest that iridium – the world’s second densest metal – can be used to kill cancer cells by filling them with a deadly version of oxygen, without harming healthy tissue.

Laser-based techniques are emerging as viable treatments for cancer, targeting tumors far more precisely than the shotgun blast of radiation and chemotherapy. Researchers from the University of Warwick in the UK and Sun Yat-Sen University in China have found that laser light can turn iridium into an effective cancer killer. “This project is a leap forward in understanding how these new iridium-based anti-cancer compounds are attacking cancer cells, introducing different mechanisms of action to get around the resistance issue and tackle cancer from a different angle,” says study coauthor Cookson Chiu, a postgraduate researcher in the chemistry department at the University of Warwick.

The researchers created a compound of iridium and organic material, which can be directly targeted towards cancerous cells, transferring energy to the cells to turn the oxygen (O2) inside them into singlet oxygen, which is poisonous and kills the cell – without harming any healthy tissue.

The process is triggered by shining visible laser light through the skin onto the cancerous area – this reaches the light-reactive coating of the compound and activates the metal to start filling cancer with singlet oxygen.

The scientists grew a model tumor of lung cancer in the laboratory. They then used a laser light to activate the iridium compound within the cells to see what would happen. Findings showed the singlet oxygen had penetrated every layer of the tumor and killed it. Furthermore, the researchers used state-of-the-art ultra-high resolution mass spectrometry to gain an unprecedented view of the individual proteins within the cancer cells – allowing them to determine precisely which proteins are attacked by the organic-iridium compound.

After vigorously analyzing huge amounts of data – thousands of proteins from the model cancer cells, they concluded that the iridium compound had damaged the proteins for heat shock stress, and glucose metabolism, both known as key molecules in cancer.

Dr. Pingyu Zhang and Dr. Huaiyi Huang are Royal Society Newton International Fellows in Warwick’s Department of Chemistry. Dr. Zhang added, “Our innovative approach to tackle cancer involving targeting important cellular proteins can lead to novel drugs with new mechanisms of action. These are urgently needed. In addition, research links between the UK and Chinese academics will not only lead to lasting collaborations but also have potential to open up the translation of new drugs into the clinic as a UK-China joint development”.

“The precious metal platinum is already used in more than 50 percent of cancer chemotherapies,” says Peter Sadler, lead author of the study. “The potential of other precious metals such as iridium to provide new targeted drugs which attack cancer cells in completely new ways and combat resistance, and which can be used safely with the minimum of side-effects, is now being explored. It’s certainly now time to try to make good medical use of the iridium delivered to us by an asteroid 66 million years ago!“