Gene editing pioneer Sangamo BioSciences ($SGMO) has its sights set on curing hemophilia–a rare disorder in which the blood doesn’t clot normally. In new data presented at the World Federation of Hemophilia’s annual meeting this week in Orlando, FL, the company’s gene therapy significantly increased an essential blood-clotting protein in animals that’s deficient in individuals with hemophilia A.

The experimental gene therapy uses a harmless adeno-associated virus to carry complementary DNA (cDNA) encoding a synthetic version of the clotting factor VIII. In a mouse model and in monkey subjects, the gene therapy generated higher than normal levels of human factor VIII and was well tolerated.

“The high potency of this novel therapeutic may enable clinically relevant levels of hFVIII to be obtained using lower vector doses, which potentially provides a better therapeutic risk/benefit profile for patients. Sangamo is conducting additional studies to determine the minimal effective dose necessary to provide therapeutic benefit,” the Richmond, CA-based company said in a statement.

Currently, the standard treatment for hemophilia is replacement therapy, which involves infusions of clotting factor being slowly dripped or injected into a vein to replace the dective clotting factor. These therapies are expensive and sometimes cause the body to produce antibodies against the factors that cancel out the benefits of treatment. Sever forms of hemophilia A often require ongoing, preventive infusions.

Sangamo plans to file an investigational new drug (IND) application with the FDA this year for the hemophilia A gene therapy and start a Phase I/II clinical trial in 2017. The FDA has approved Sangamo’s ZFN technology for testing in a Phase I/II clinical trial for hemophilia B. It is the first in vivo genome editing application to have been cleared by the FDA. A representative for Sangamo confirmed via email that the company plans to begin that trial later this year. 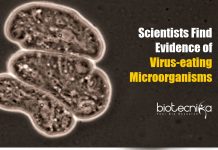 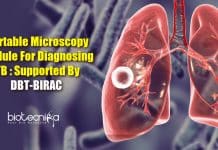