Georgia State University scientists have designed a new protein compound that can effectively target the cell surface receptor integrin v3, mutations in which have been linked to a number of diseases. Initial results using this new molecule show its potential as a therapeutic treatment for an array of illnesses, including cancer.

The novel protein molecule targets integrin v3 at a novel site that has not been targeted by other scientists. The researchers found that the molecule induces apoptosis, or programmed cell death, of cells that express integrin v3. This integrin has been a focus for drug development because abnormal expression of v3 is linked to the development and progression of various diseases.

“This integrin pair, v3, is not expressed in high levels in normal tissue,” explained senior study author Zhi-Ren Liu, Ph.D., professor in the department of biology at Georgia State. “In most cases, it’s associated with a number of different pathological conditions. Therefore, it constitutes a very good target for multiple disease treatment.”

“Here we use a rational design approach to develop a therapeutic protein, which we call ProAgio, which binds to integrin αvβ3 outside the classical ligand-binding site,” the authors wrote. “We show ProAgio induces apoptosis of integrin αvβ3-expressing cells by recruiting and activating caspase 8 to the cytoplasmic domain of integrin αvβ3.”

The findings from this study were published recently in Nature Communications in an article entitled “Rational Design of a Protein That Binds Integrin αvβ3 Outside the Ligand Binding Site.”

Integrins play a critical role in cells because they are able to attach to the extracellular matrix. They are composed of different combinations of and subunits. Different types of cells have different pairs of subunits.

Integrin v3 has been the focus of many drug studies as a potential target for compounds that prevent inflammation and the growth of new blood vessels. This integrin is expressed in the cells of new blood vessels, activated macrophages, some cancer cells that metastasize or spread to other parts of the body, and bone cells that are critical to maintenance and repair.

Previous attempts to targeting integrin v3 have focused on ligand binding or attaching a molecule to the active site, which has proved ineffective. The research team felt that there was a need to develop agents that target this integrin at sites other than the ligand-binding site.

The investigators performed extensive cell and molecular testing that confirmed ProAgio interacts and binds well with integrin v3. Interestingly, they found that ProAgio induces apoptosis by recruiting caspase 8—an enzyme that plays an essential role in programmed cell death—to the cytoplasmic area of integrin v3. ProAgio was much more effective in inducing cell death than other agents tested. 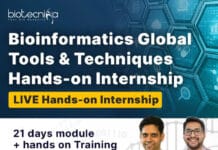 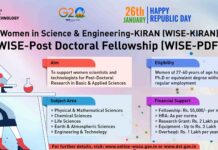 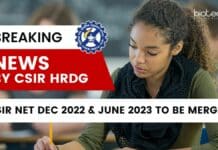