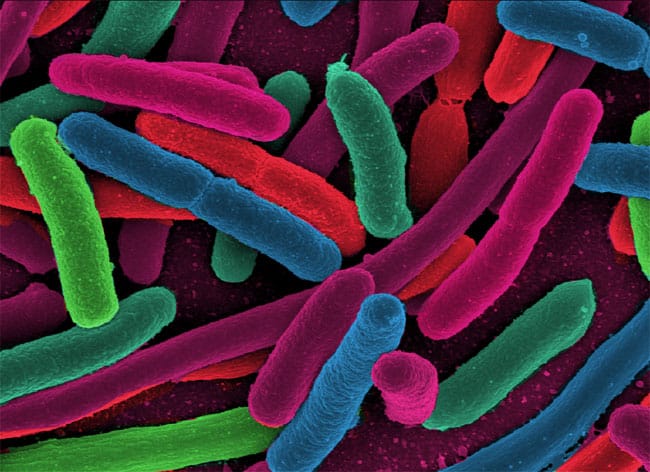 A genome analysis of the plague bacterium revealed how a single entry of the bacterium into Europe was responsible for the Black Plague of the mid-14th century before becoming the source for modern day epidemics around the globe. A team of researchers from the Max Planck Institute sequenced historical Yersinia pestis genomes from the victims of the Black Death and subsequent outbreaks in Europe.

The visual abstract they prepared suggests a connection between the Black Death and the modern-day plague pandemic as well as the persistence of plague in Europe between the 14th and 18th centuries.

“Our study is the first to provide genetic support for plague’s travel from Europe into Asia after the Black Death, and it establishes a link between the Black Death in the mid-14th century and modern plague,” said lead author Maria Spyrou.

The plague bacterium, Yersinia pestis, is one of the deadliest pathogens in human history. It sparked three major pandemics: the Plague of Justinian, which struck the Roman Empire during the 6th and 8th centuries; the second plague pandemic, which first erupted in Europe in the mid-14th century Black Death and continued to strike in recurrent outbreaks

until the mid-18th century; and the third plague pandemic, which emerged in China during the late 19th century.

The scientists collected samples from plague-infected individuals buried in mass graves in Barcelona, Spain, and Ellwangen, Germany, as well as a single grave in Bolgar City, Russia. After analysing DNA extracts from the teeth of 178 individuals, the researchers identified Y. pestis DNA in extracts from 32 individuals.

The researchers sequenced the genomes of ancient Y. pestis strains and compared them to 148 previously sequenced ancient and modern strains to reconstruct the Y. pestis phylogenetic tree, which was recently published in the journal Cell Host & Microbe.

Their finding supports the idea that one Y. pestis lineage travelled from Europe to Asia after the Black Death, later sparking the third pandemic and modern-day epidemics worldwide.

“Our most significant finding revealed a link between the Black Death and modern plague,” co-author Johannes Krause said. “Though several plague lineages exist in China today, only the lineage that caused the Black Death several centuries earlier left Southeast Asia in the late 19th century pandemic and rapidly achieved a near worldwide distribution,” Krause added.