The Council of Scientific and Industrial Research (CSIR) invites nominations for the Shanti Swarup Bhatnagar (SSB) Prizes in Science and Technology for the year 2016. The SSB Prizes are to be given for research contributions made primarily in India during the past five years. The age of the nominee for the 2016 SSB Prize should not be more than 45 years as on 31.12.2015.

Award : The SSB Prize carries with it a citation, a cash award of Rs.5,00,000/- (Rupees five lakh only) and a plaque for each scientist selected for the award.

The SSB Prizes are awarded for notable and outstanding research, applied or fundamental, in the following disciplines:

Nature of the Prize

SSB Prizes, each of the value of Rs 5,00,000 (Rupees five lakh only), are awarded annually for notable and outstanding research, applied or fundamental, in the following disciplines:

Recognition of outstanding Indian work in science and technology.

Award of the Prize

In awarding the Prize, the Governing Body of CSIR is guided by the recommendations of the Advisory Committees constituted under clause 10.

The Advisory Committees for each year’s award are constituted with the approval of the Chairman of the Governing body of CSIR.  The Committees consist of at least six experts including at least one former Bhatnagar Awardee in the respective discipline.  On receipt of nominations for a particular year, CSIR circulates the list of nominees along with the detailed statement of work and attainments of each candidate to all members of the Advisory Committee related to the concerned discipline.  CSIR convenes meetings of the various Advisory Committees in consultation with the Chairmen, for selecting the recipients of the SSB Prizes.  The compositions of various Committees, the information submitted for their scrutiny, the proceedings of the meetings and the procedure for consideration of the nominations, other than as detailed herein, are kept confidential.

Where the recommendation for the Prize is unanimous or not less than 2/3rd of the members of the Advisory Committee have agreed to one name (or maximum of two names in case they are judged to be of equivalent merit), the recommendations are submitted to CSIR for approval.

The award of the Prize in a specific discipline may be withheld by CSIR in any year, if, in the opinion of the Advisory Committee, no sufficiently meritorious candidate is found suitable in that year.

Nominations addressed to Scientist Incharge – SSB YSA Unit, Human Resource Development Group, CSIR Complex, Library Avenue, Pusa, New Delhi 110 012 should be sent as per the prescribed pro-forma (Original + 2 copies) along with reprints of significant publications of the last 5 year’s period on or before 31 March 2016. Soft copy (in PDF format) of duly filled proforma and significant publications of the nominee is also required in a CD/DVD/USB flash drive. The details of the SSB Prize and the prescribed pro-forma for nomination may be obtained from the above address or may also be downloaded from the website: www.csirhrdg.res.in. 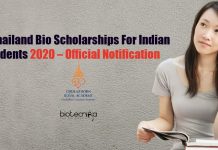 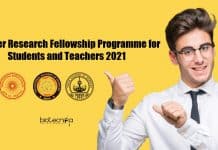